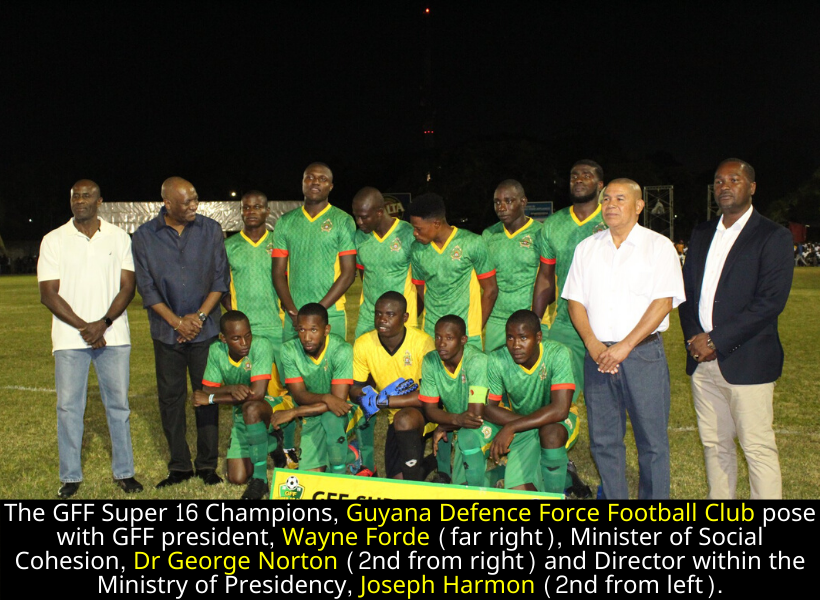 The fleet footed Benjamin Opara was the hero for the Guyana Defence Force Football Club on New Year’s night when his lone strike sealed the victory over Fruta Conquerors Football Club in the final of the Guyana Football Federation’s (GFF) Super 16 Cup at the Georgetown Football Club (GFC) ground.

In a tactical masterclass, the GDF’s defence managed to smother the Conquerors‘ attack and the game was a battle of the midfields with Opara’s only goal (in the 64th minute) proving the difference as GDF were crowned champions and pocketed $2 Million in the process.

Earlier in the night Santos FC required extra-time to come out on top of their encounter with the Guyana Police Force FC with the scoreline at 3-2. Orin Yarde netted a hatrick for Santos while Trayon Bobb and William Europe had a goal each for the lawmen.