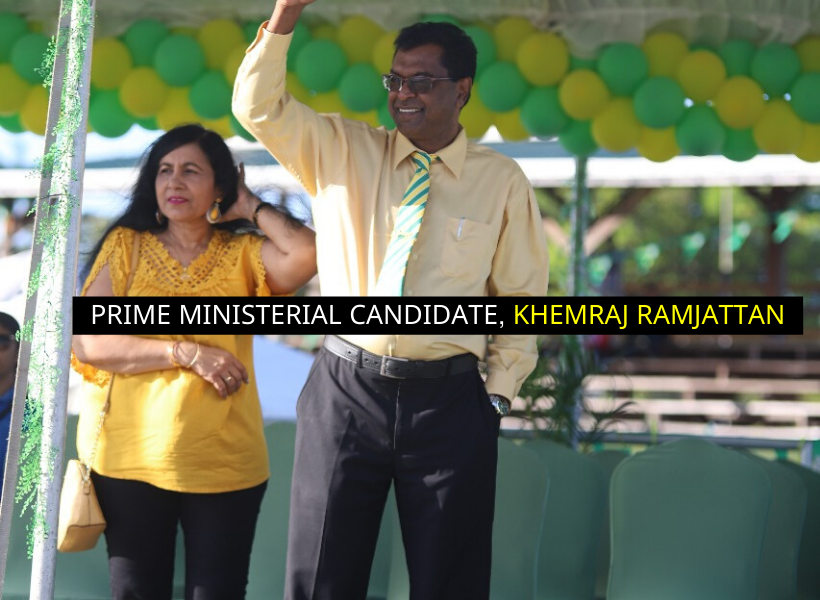 In 2015, the APNU+AFC coalition campaign featured a promise to provide more jobs for Guyanese youth. Soon after the Force was voted into government, it came in for high criticism from young people who expected to be treated as a priority in the area of employment.

The People’s Progressive Party/Civic (PPP/C) soon became one of the biggest critics highlighting the perceived lack of opportunities offered to youth in both academic and non-academic areas.

Nevertheless, the APNU+AFC has returned with the promise to provide jobs for young people.

When Minister of Public Security, Khemraj Ramjattan took the stage this evening at the APNU+AFC campaign launch, he spoke about the coalition’s desire to provide jobs, “especially for young people.”

He was greeted with loud applause from the thousands who gathered at Durban Park.

“We have done much but there is much more to do. Never before has a government delivered more in such a short space of time,” said Ramjattan.
He promised more bridges across Guyana including over the Essequibo River.
Ramjattan said that the APNU+AFC is looking to build stronger communities and a Nation where the environment is protected and preserved for younger and future generations.
Further, the prime minister- hopeful noted that the APNU+AFC government is looking to wean the younger generation from cane cutting, “a place PPP wants to put them back.”

Ramjattan promoted a mantra, “Don’t stop the progress” as he boasted increased minimum wage and “major” developments in education and health. He did not speak about any strides in security, an area for which he is currently responsible.