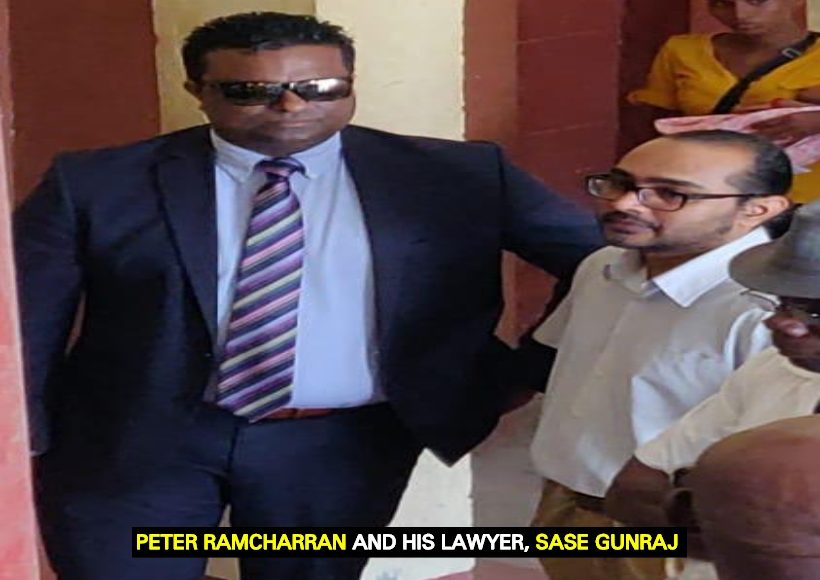 It seems as though the exhibits in relation to one of the trials involving former accountant of Guyana Rice Development Board (GRDB), Peter Ramcharran cannot be located. This is according to Chief Magistrate Ann McLennan.

This morning when the matter was called, Attorney-at-law Nigel Hughes who is now representing Ramcharran asked that defence witness, Leslie Veerasammy be permitted to continue giving evidence. The witness then spoke about the role he played while conducting several audit reports for GRDB.

Shorty after, the lawyer asked for Veerasammy to be allowed to identify several pieces of exhibits. In the circumstances, the case was adjourned for about 25 minutes during which a court clerk was sent to retrieve the items. After a while, the clerk returned and told the Chief Magistrate that she was unable to find the exhibits.

The Chief Magistrate then informed the courtroom that the exhibits were not located before allowing Veerasammy to continue testifying. Upon completion, the witness was asked a series of questions by SOCU Prosecutor Patrice Henry.

The matter was adjourned until Monday, when another defence witness, Chartered Accountant, Nigel Hinds is expected to commence giving evidence. At a previous court hearing, the Chief Magistrate ruled that Veerasammy, who said he is a Chartered Accountant, was incompetent to give expert opinion in the trial.

This was owing to the fact that Veerasammy failed to provide proof of his academic and other qualifications to the court, despite being given two weeks to do so.

Ramcharran is facing five charges for the falsification of accounts for which the Chief Magistrate ruled sufficient evidence was found against him. Ramcharran was slapped with 39 fraud charges for alleged breaches within GRDB.

The Chief Magistrate is dealing with 22 of the matters, while Principal Magistrate Sherdel Isaacs-Marcus is presiding over the 17 charges of keeping fraudulent accounts.

Particulars of the first five charges alleged that between the years 2011 and 2015, Ramcharran, while being the accountant of GRDB, failed to enter some $414M in the GRDB ledger.

Ramcharran was slapped with 17 charges which alleged that he, along with former General Manager of the Guyana Rice Development Board (GRDB), Jagnarine Singh and his deputy, Madanlall Ramraj, omitted entries into the company’s ledger.

The charges alleged that Ramcharran failed to enter true entries of over $4.2M into the company’s ledger, knowing that it was contrary to standard operating procedures between 2011 and 2012, at the company’s Lot 16-17 Cowan Street, Kingston head office.
The last 17 charges alleged that Ramcharran, along with Singh and Ramraj, fraudulently took $5.1M or used the sum for their own use and benefit, or any use and purpose other than that of the GRDB.