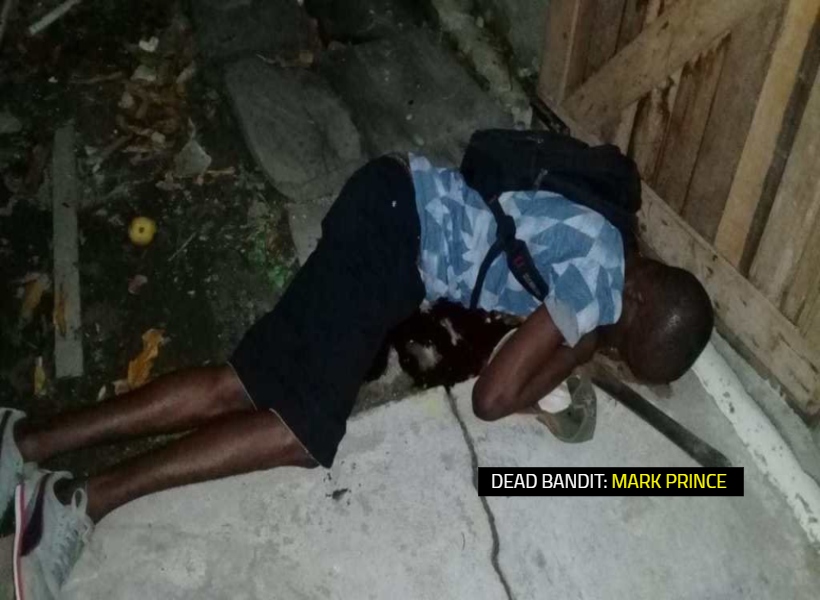 One of the four bandits in last night’s robbery on a Chinese restaurant at Tuschen Housing Scheme, West Coast Demerara (WCD), has been identified as a serving member of the Guyana Police Force.

Constable Jonathan Harry is stationed at the Special Branch at Eve Leary, Georgetown. At the time of the robbery, he was supposed to be on duty but reported sick.

Guyana Standard has been informed that the weapon found in the vehicle when the three bandits—Harry, Akande Ross and Shaquille Wilbury—were arrested at Den Amstel, WCD, does not belong to the Force.

The three men, along with the now dead Mark Prince invaded the Five Star Restaurant located at 695 Tuschen New Housing Scheme and held the Chinese couple and customers at gunpoint.

Prince was shot dead at the scene when he attempted to attack the owner of the building—which houses the Chinese restaurant—with a cutlass. Shaquille Wilbury of Buxton, East Coast Demerara (ECD) was wounded and is hospitalized.

Wilbury was taken to the hospital while the other two were arrested. Investigation is ongoing.