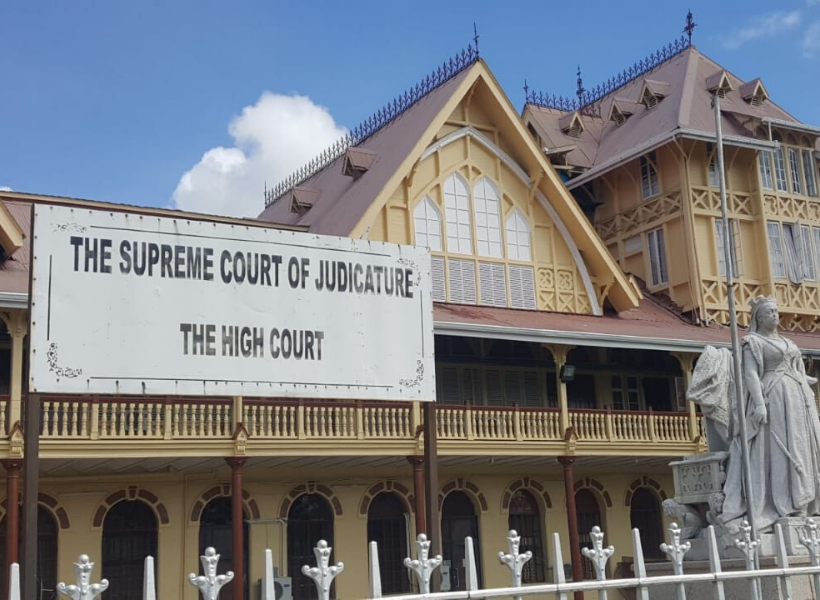 The January Criminal Assizes in Demerara opens next Tuesday, January 14, at the High Court in Georgetown. A total of 318 cases are listed to be heard in the session for which three judges have been assigned.

The above information was revealed in an end of year press statement by the Director of Public Prosecutions (DPP).

The judges rostered for this session are Justice Jo-Ann Barlow and Justice Sandil Kissoon, who both sat in the October, 2019 session and Justice Brassington Reynolds.

While the registrar of the Supreme Court is yet to publish in the Official Gazette or daily newspapers the list of cases fixed for trial, over the years, sexual offences have accounted for more than half of the cases.

There are also cases for manslaughter, attempted murder, grievous bodily harm, trafficking narcotics, abduction, obtaining money by false pretence, conspiracy to commit a felony, robbery under-arms, conspiracy to commit murder, wrongful confinement for ransom and accessory after the fact to murder, among others.

Meanwhile, at the close of the October, 2019 criminal assizes which commenced on the first Tuesday of the month and concluded in mid December, 49 out of 322 matters were disposed of.

According to the DPP’s end of year statement, of these 49 matters, 36 received attention in the High Court of Demerara, while 12 were nolle prosequi via letters to the DPP.

Of the 36 matters that were presented, 20 were for the offence of murder, while the other 16 were for sexual offences.