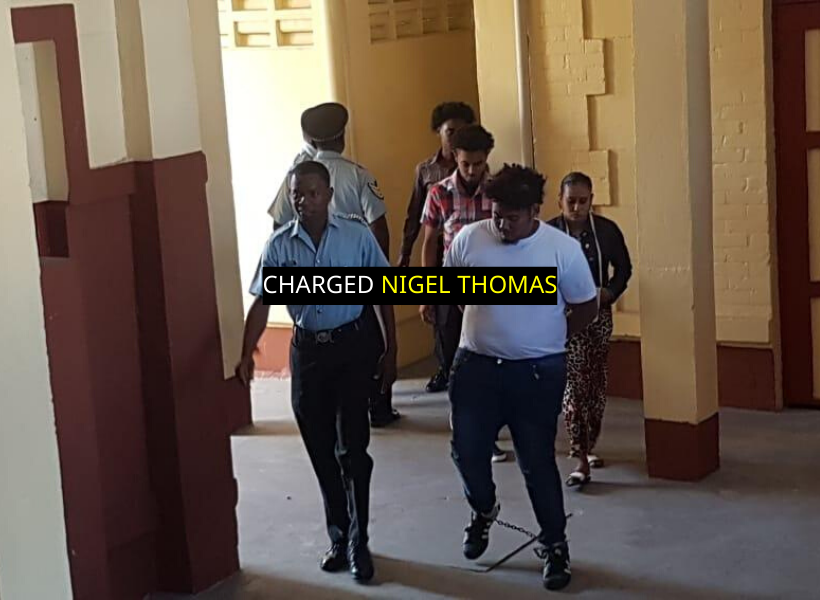 A fight allegedly over a woman has left one dead and another charged with murder.

Twenty-year-old Nigel Thomas, of 136 James Street, Albouystown, Georgetown, was not required to plead to the indictable charge which stated that on December 30, 2019 at Guyhoc, Georgetown, he murdered Kyle Chase.

His lawyer, Adrian Thompson told the court this his client does not know anything about the victim’s death and that his client received injuries about his body with a beer bottle.

However, facts presented by Police Prosecutor Gordon Mansfield stated that on the day in question, at around 23:00hrs, the defendant went to the home of a woman where he met with the victim.

The court heard the men who are known to each other, were involved in a heated argument and Thomas pulled out a screwdriver and dealt him a stab to his neck and other parts of his body.

The Prosecutor also added that Thomas also received injuries with a beer bottle and was treated by medical practitioners for same.

The matter was then reported to the East La Penitence Police Station where an investigation was conducted and Thomas was arrested and charged for the offence.

He was remanded to prison until January 28.