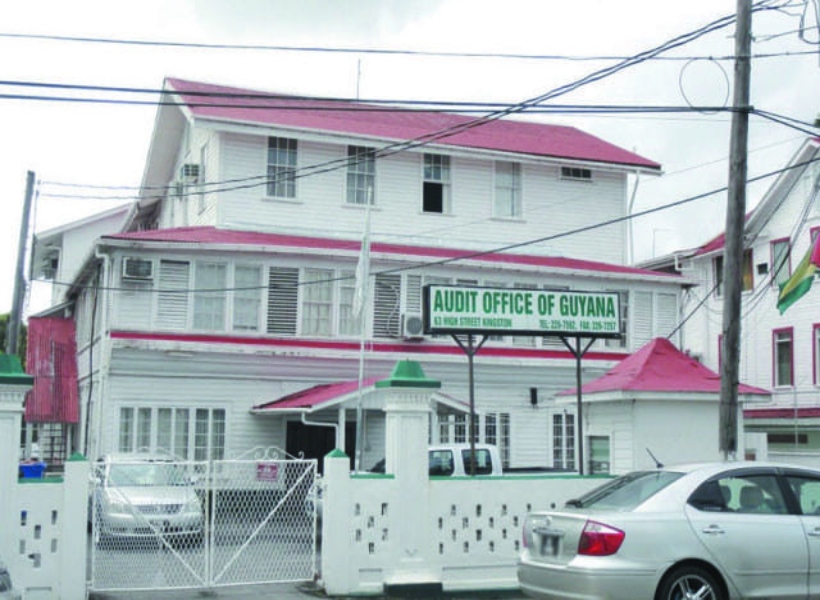 An engineer attached to the Public Security Ministry, found himself in hot water, last year, after he declared a project complete five months before it was finished.

This state of affairs came to light after a sample of nine projects with contract sums totalling $38.581M for maintenance works were selected for physical verification by the Audit Office (AO).

According to the Auditor General’s 2018 Report, the project: “Renovation of new self-acting sluice at Western Section, Lusignan”, was awarded in the sum of $4.636M by Ministerial Tender Board to the lowest evaluated of 16 bidders.
The Engineer’s Estimate was $5.780M. The contract was signed on the 5th of December 2018 with a duration of two months for completion and defects liability period of three months. As at December 2018, amounts totalling $4.544M were paid to the contractor.

It was discovered that the Engineer certified that the works were completed since 16,December, 2018, however, when the AO conducted a physical verification on May 3,2019, it was revealed that the contractor was still on-site effecting works to the structure.

“As such, the Engineer falsely certified that the works were completed since December 2018,” the report stated.

Apart from that, the AO’s inspection revealed that shoddy concrete works were done with honeycombing of the concrete, and pieces of cement bags cast into the finished structure.

The ministry in its response noted, “The Head of Budget Agency indicated that: (a) the contractor was paid after the completion of the project; and (b) all remedial works have been completed on the project.”

The AO recommended that the Head of the Budget Agency must immediately desist from certifying and processing payments for incomplete works, improve in the supervision of works, and should not make payments for unacceptable works that do not meet the specifications.