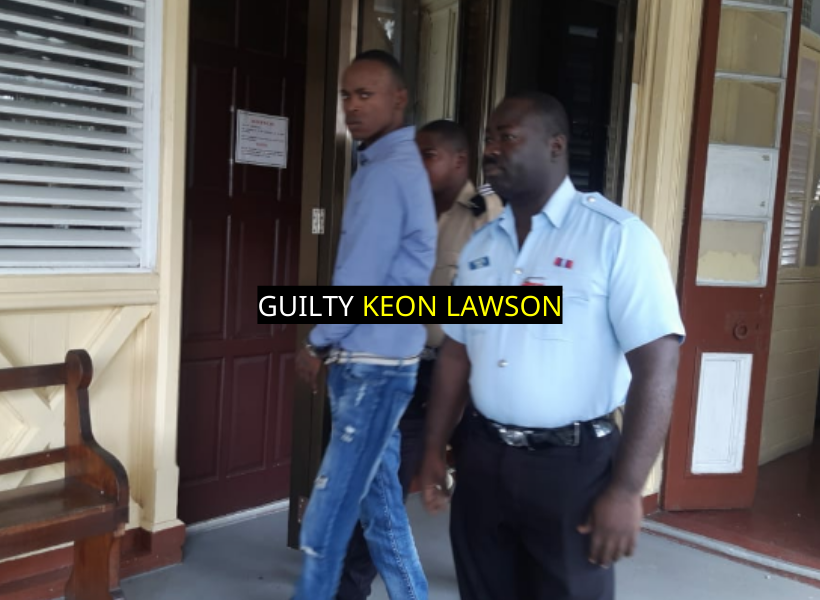 The second charge alleged that on October 6, 2017, in the county of Demerara, he again engaged in sexual activity with the same girl, this time when she turned nine. Lawson was sentenced to 18 years’ imprisonment on the first count and 20 years on the second. Justice Simone Morris-Ramlall ordered that the sentences are to run concurrently.

According to reports, between November 1, 2014 and November 30, 2014, Lawson went over to the victim’s home while she was alone and watching television. He held on to the young girl, covered her mouth with his hands and pulled down her underwear after which he raped her. On October 6, 2017, the girl was sent to Lawson’s home by her mother to collect an item. She was nine.

When the girl arrived at the home, Lawson was there alone. He blocked the doorway and prevented her from leaving the house. He proceeded to throw her onto a chair and raped her. The child reported this specific incident to her class teacher, who summoned her parents. The judge, in handing down the sentence, took into consideration the nature of the offence and the fact that it occurred on two separate occasions. The court ordered that Lawson is to undergo counselling for persons convicted of sexual offences.