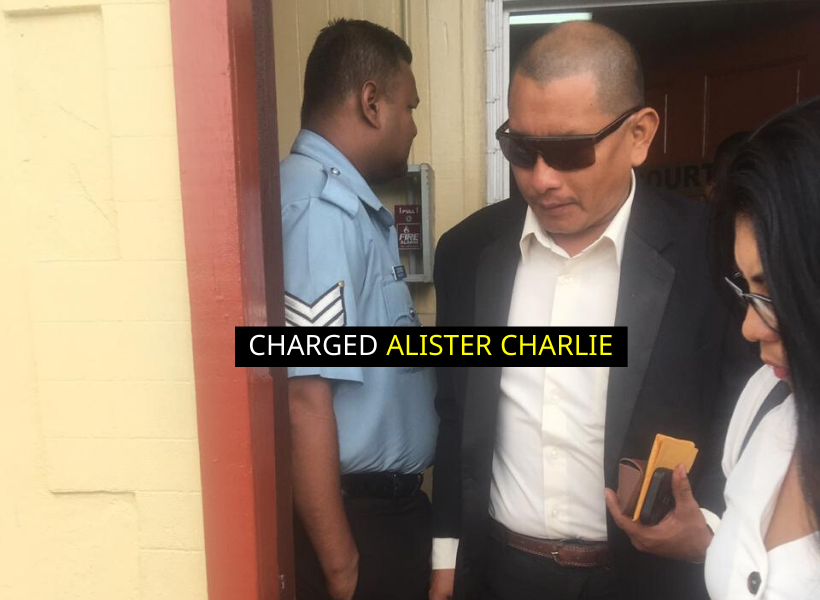 Former People’s Progressive Party (PPP) parliamentarian, Alister Charlie, was moments ago charged with sexually assaulting a boy and attempting to pervert the course of justice.

Charlie appeared before Principal Magistrate Sherdel Isaacs-Marcus in the Georgetown Magistrates’ Courts where he was slapped with the two charges.

The first charge stated that between July 31 and August 1, 2019, at Lethem, Rupununi, he sexually assaulted a 16-year-old boy.

It was further alleged that on August 5, 2019, at the same location, he attempted to pervert the course of justice.

Charlie denied both charges after they were read to him.

He was represented by Attorney-at-law Latchmi Rahamat who asked that her client be released on reasonable bail.

He was released on $200,000 bail and was instructed to make his next court appearance on January 31, 2020, at the Lethem Magistrate’s Courts.

According to reports, the teenager, during the period mentioned in the charge, attended a party at Charlie’s residence.

While there, Charlie allegedly lured the teen to a nearby bar where he was given alcohol laced with ecstasy.

Charlie then reportedly videoed himself with his pants and underwear down and genitals exposed. He then allegedly touched the teen’s genital.

This was all done in the presence of other persons who were at the party and were seen laughing.

It was then that a family member of the victim who was passing at the bar saw what was transpiring and reportedly intervened, and started recording the incident.

The matter was then reported to the station. An investigation was later launched and the defendant was arrested and charged for the offence.