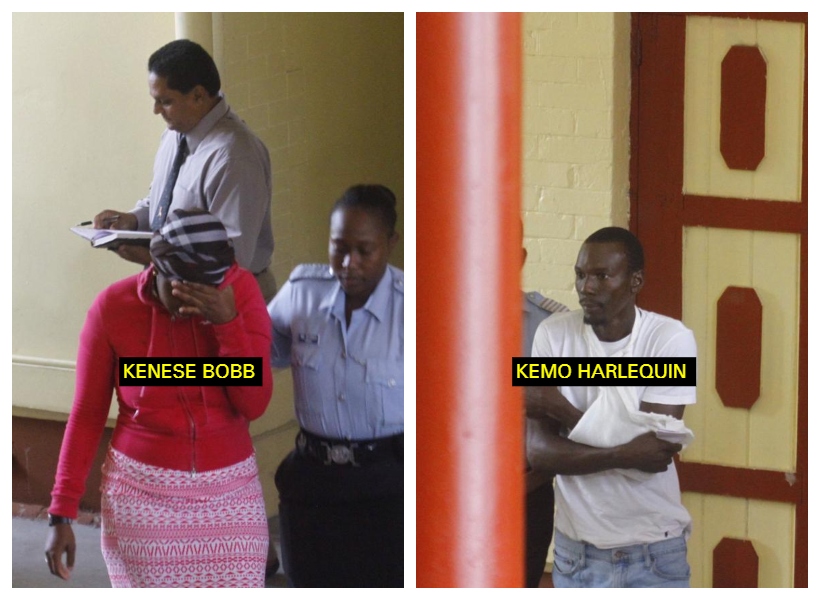 One month after a couple was charged and remanded for allegedly dragging their neighbour from his apartment before stabbing him with kitchen knives, they were today granted $150,000 bail each.

Facts presented by Police Prosecutor, Gordon Mansfield told the court that all three persons are known to each other since they live in the same compound.

On the day in question, Harlequin and the victim had a misunderstanding and Bobb intervened.
The court heard that the couple went into the victim’s home and hurled glass bottles at him. They then dragged him down the steps and into the yard before stabbing him about his body with kitchen knives.

The matter was then reported and the couple was arrested and charged for the offence.