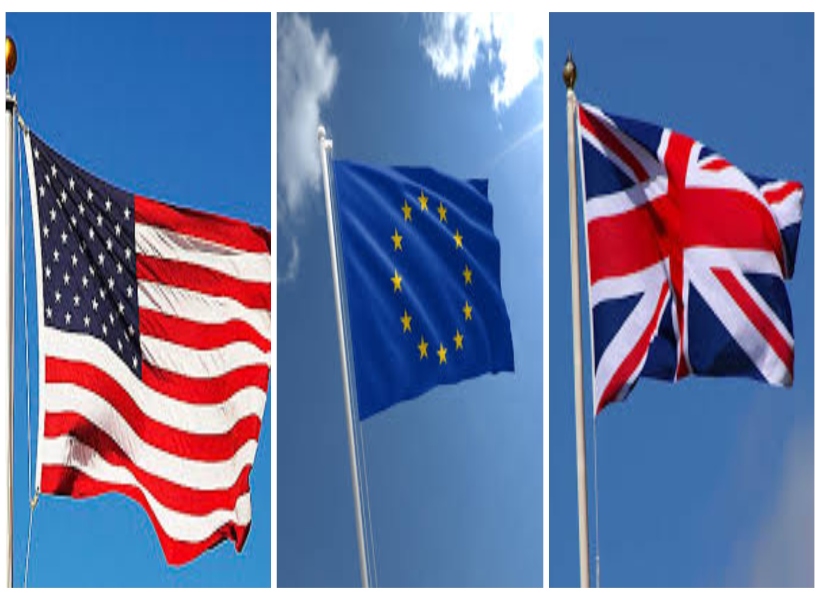 Heads of Mission of the United States of America (USA), the United Kingdom (UK) and the European Union (EU) are urging all political parties contesting the March 2 Regional and General Elections to be respectful, and to promote a peaceful and mature election campaign.

Below is the full joint-statement issued earlier today:

“We the Heads of Mission of the British High Commission, H.E. British High Commissioner Greg Quinn; Embassy of the United States of America, H.E. Ambassador Sarah-Ann Lynch; and the Delegation of the European Union, H.E. Ambassador Fernando Ponz, congratulate all those nominated for General and Regional elections on 02 March. We also congratulate the Guyana Elections Commission for a smooth and efficient Nomination Day.
Now the hard work of campaigning begins in earnest. During this election season, we encourage all Guyanese and the leaders of Guyana’s political parties, civil society organisations, business chambers, the media, religious groups, and educational institutions to embrace the essence of unity and social cohesion as enshrined in Guyana’s constitution. We call on all parties to campaign in the spirit of hearty and respectful competition with the ultimate goal of ensuring free and fair elections which reflect the will of the majority of Guyanese.
We also urge all parties to promote and support a peaceful and mature election campaign – one where everyone, regardless of political leanings, is able to express their views openly.”