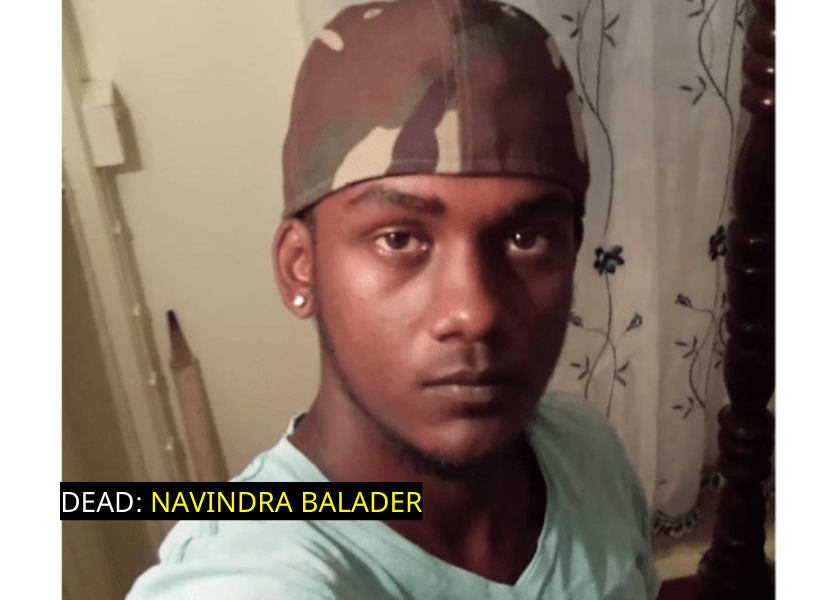 A 20-year-old died early yesterday when he reportedly lost control of the motorcycle he was riding and fell on the Cotton Field Public Road, Essequibo.

The deceased has been identified as Navindra Balader of Cotton Field, Essequibo. He suffered multiple injuries to the head and body.

According to information received, the deceased was riding his motorcycle, bearing registration number CF 4897, north along the western side of the public road when he reportedly lost control of the bike.

As a result of this, the young cyclist fell onto the road and sustained several injuries to the head and body. He was rushed to the Suddie Public Hospital in an unconscious state and died an hour later.

Police said that the deceased was speeding at the time of the accident.

Balader is the fourth person to perish on the roadways for this year. The other victims are 60-year-old Donald Mootoo of Lot 13 Bissoon Street, South Better Hope, East Coast Demerara; 81-year-old Parbattie Ramsarran and 24-year-old Bhojram Hemraj of #67 Village, Corentyne, Berbice.

Hemraj died in the process of negotiating a left turn on the Corentyne Public Road on January 02, last and slammed into a wooden and metal sign board with his motorcycle.
Mootoo, on the other hand, was on his motorcycle, CH 7540 proceeding west along the northern lane on the southern carriageway of the Montrose, East Coast Demerara public road when he lost control while negotiating a turn.

He collided with the median in the centre of the road and died some hours later at the Georgetown Public Hospital Corporation.

And, Parbattie Ramsarran was killed two Tuesdays ago on the Nigg Public Road, Corentyne while using the pedestrian crossing.