Home News Crime No charges yet for suspects who burnt truck, stoned driver in Agricola... 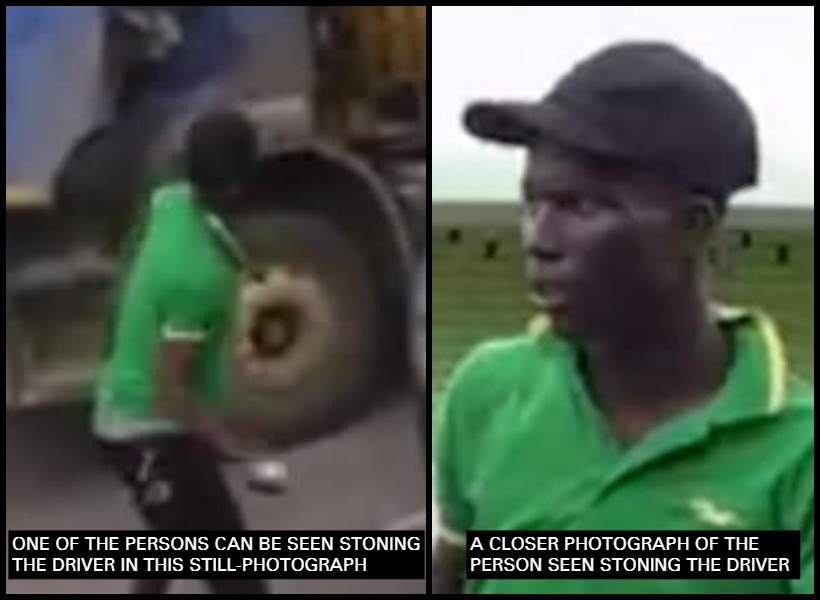 Despite big talks, the Guyana Police Force (GPF) is yet to charge the persons who burnt a truck on the Agricola Public Road, East Bank Demerara (EBD) seven months ago after its driver struck and killed seven-year-old Ciara Benjamin. The driver was beaten and stoned and had to take shelter in the burning truck until police arrived that day.

On June 01, last, Benjamin was attempting to cross the road with her aunt, Simone Barry, when she was killed. There is some controversy surrounding the circumstances of the accident with many saying that the truck driver, Danion Welcome, is innocent after viewing surveillance footage.

At the scene, eyewitnesses were heard claiming that the driver was not at fault since he tried to avoid the collision with the child.

Welcome is currently on bail as the matter is being heard in the Magistrate’s Court. Following the fatality, Divisional Commander, Marlon Chapman, had condemned the beating of the driver and said that an investigation will be launched immediately.
That probe was supposed to see the arrest of all the persons who attacked the driver. The attackers were all caught on video footage and are easily identifiable.
It’s now seven months and there are no charges. The truck was burnt beyond repairs. Chapman could not be reached for an update this morning.
This news agency had spoken to one of the investigating ranks in the case but he indicated that no instructions were passed on to him by his supervisors to launch a probe into the fire and those who caused it.
So far, only the truck driver has been charged.