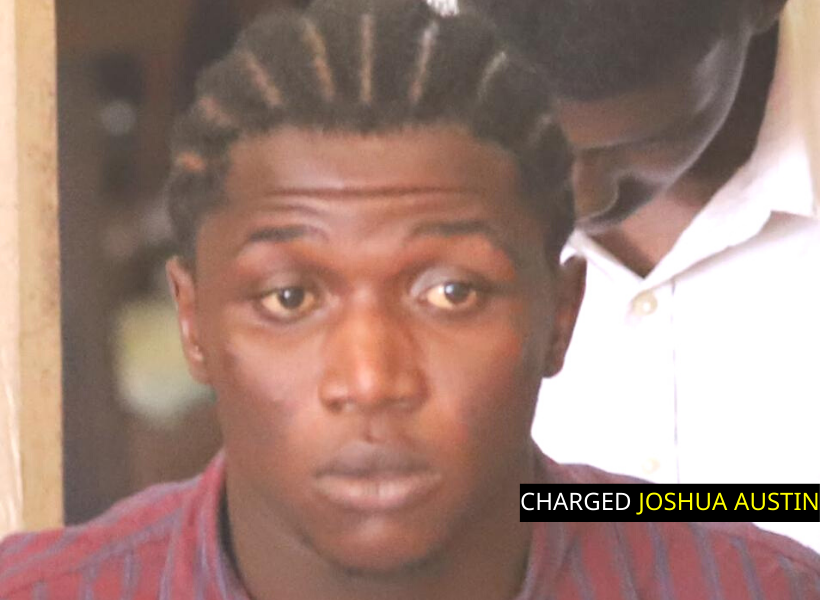 Two months after a man was released on bail for stabbing a police officer and robbing him of his service weapon in an attack at a city nightclub, he was today slapped with another armed robbery charge.

Austin denied the charge after it was read to him.

Austin was represented by Attorney-at-law Paul Fung-at-Fat. The lawyer asked that his client be released on reasonable bail citing that he has an alibi.

The lawyer further added that his client, while in custody had seen CCTV footage, and he was not captured.

However, facts presented by Police Prosecutor Quinn Harris, stated that on the day in question, Gaskin was walking in Albouystown when the defendant and another individual approached him and relieved him of the articles mentioned in the charge.

The men then made good their escape on bicycles. The court heard the victim then alerted persons nearby who were able to apprehend Austin. He was then arrested and taken to the station.

Austin, in addressing the court stated, “I never robbed nobody. Father God know me ain’t rob nobody. God watching y’all.”

The man then added, “A police by the name of Leon Bascom pointed a gun at me is only because the gun fall mek me ain’t get shoot.”

The Magistrate remanded Austin to prison until January 28.

In 2018, Austin and three others were charged for attacking and robbing an undercover police rank.

It was also alleged that on the same date, both Austin and Duke, in the company of others, unlawfully wounded Bowlin.

It was reported that at the time of the attack, Bowlin was performing undercover duties next to a nightclub, when he was robbed.

The attack was captured by CCTV cameras and the gun was later recovered in a garbage heap in South Ruimveldt, Georgetown.