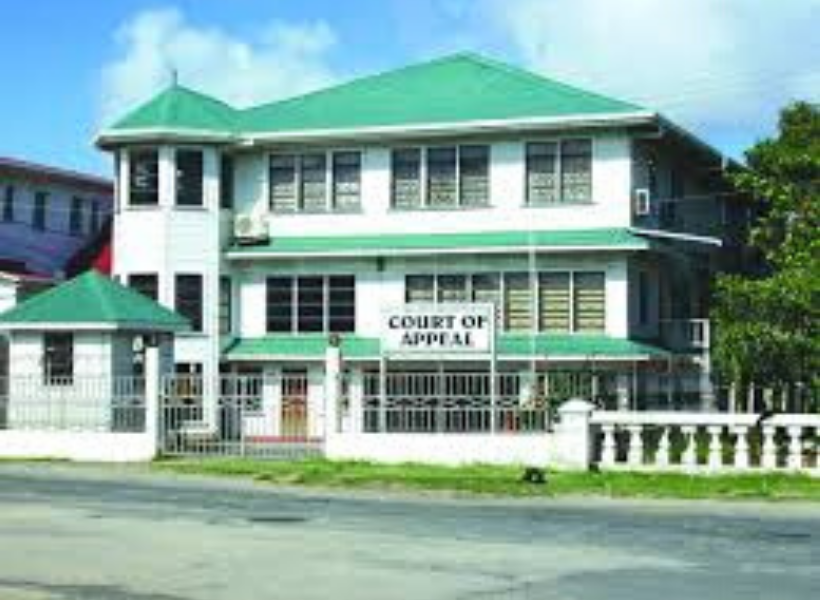 The Court of Appeal has reserved its ruling in the case in which Attorney General, Basil Williams, is challenging a ruling handed down last September by Chief Justice Roxane George in which she made an order on the removal of persons from the National Register of Registrants (NRR).

In that order, the Chief Justice made it clear that it is unconstitutional to remove persons from the register who were previously there, but failed to register during the last house-to-house registration exercise, owing to them not residing in Guyana.

In fact, the Chief Justice in her ruling held that persons can only be removed from the register unless they are dead or otherwise disqualified in accordance with Article 159 (2), (3) and (4) of the Constitution.

But, Williams is not in agreement with the Chief Justice’s ruling; he is seeking to have it overturned as he maintains that in order for a person to be registered they must be a resident in Guyana as at the qualifying date.

He also maintains that overseas voting was abolished in Guyana in 1991 after the intervention of former US President Jimmy Carter who made certain amendments to specific laws governing the electoral process.

In court documents seen by this publication, Williams, among other things, said that the Chief Justice erred and was misconceived in law in coming to such a conclusion.

According to Williams, “[Justice George] erred and was misconceived in law when she breached the separation of powers doctrine by purporting to issue instructions to GECOM, a Constitutional independent actor, to not remove persons who are presently registered from the current [NRR] but who are not registered under new house-to-house registration from the [NRR].”

Guyana’s population stands at 744,962; but it has 661, 378 eligible voters, according to the Revised List of Electors (RLE) published by GECOM. During his submissions to the Court of Appeal on Monday, Williams asked, “How is that possible.” He described the RLE as bloated and said it has to have “people that cannot be found.”

Former Attorney General Anil Nandlall, who on behalf of lawyer, Christopher Ram, challenged the constitutionality of the house-to-house registration exercise, and was defeated, is in full agreement with the Chief Justice’s order.

In fact, he insists that removing persons from the register will disqualify tens of thousands of qualified electors for the upcoming elections, thereby depriving them of their constitutional right to vote.

In a statement to the press, Nandlall reminded, “Concomitantly, during the course of her ruling, the Chief Justice repeatedly emphasised that the current Official List of Electors (OLE) can be refreshed with a suitable Claims and Objections period and lawfully used for the next elections, but that is for [GECOM] to ultimately make that decision.”

During his arguments on Monday, Nandlall begged the Court of Appeal not to interfere with the Chief Justice’s ruling. He argued that should the ruling be overturned it could have consequences on the imminent elections.

Nandlall submitted that all preparations for elections have already gone a far way. Should anyone have any challenge to the validity of those elections, he said that can do so by way of an election petition.

Other parties such as the Guyana Bar Association and GECOM also presented arguments. The appeal was heard at the bench of Chancellor of the Judiciary Yonette Cummings-Edwards and Justices of Appeal Rishi Persaud and Dawn Gregory.