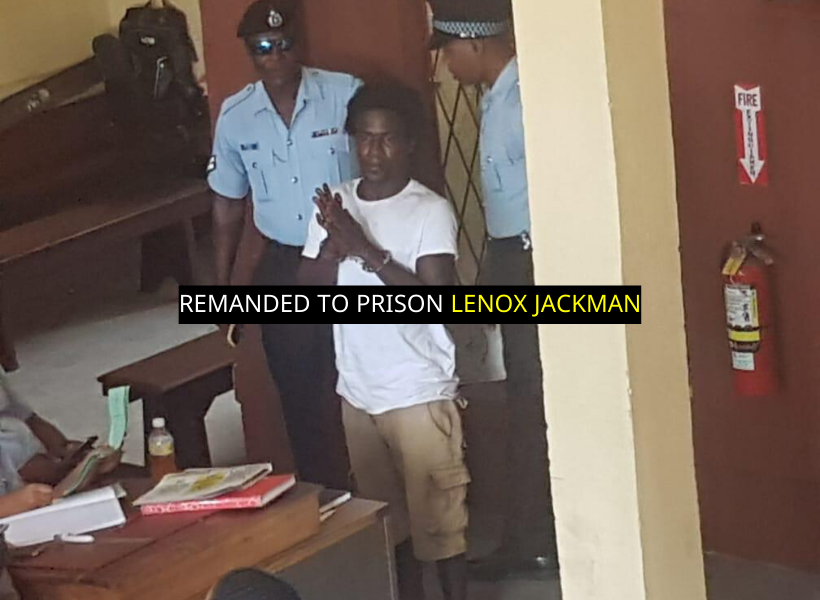 Acting Chief Magistrate Sherdel Isaacs-Marcus moments ago remanded a man to prison for allegedly trafficking a quantity of marijuana.

Thirty-two-year-old Lenox Jackman of Linden, denied the charge which stated that on January 16, 2020, at Mabura, Upper Demerara District, he had in his possession 658 grams of marijuana for the purpose of trafficking.
Jackman appeared in the Georgetown Magistrates’ Courts.

He was represented by Attorney-at- law Stanley Moore who asked that bail be granted to his client. The lawyer added the issue of multiple occupancy arises since his client was on a truck with nine other persons when the alleged narcotics were found.

However, facts presented by Police Prosecutor Quinn Harris stated that on the day in question, at around 09:55 hrs, a party of police was escorting prisoners from the Mahdia Police Station when they observed the defendant acting in a suspicious manner.

The court heard two officers confronted the defendant and asked to conduct a search on his haversack.

It was then that a quantity of leaves, seeds and stems suspected to be narcotics were found. Jackman was then told of the offence to which he stated,” Officers is a lil hussle I going and do.” He was then arrested and taken to the station.

The prosecutor objected to bail being granted to Jackman on the grounds of the prevalence of the offence and the penalty the charge attracts.

The father of four was remanded to prison until January 27 when he will appear in the Linden Magistrate’s Court.