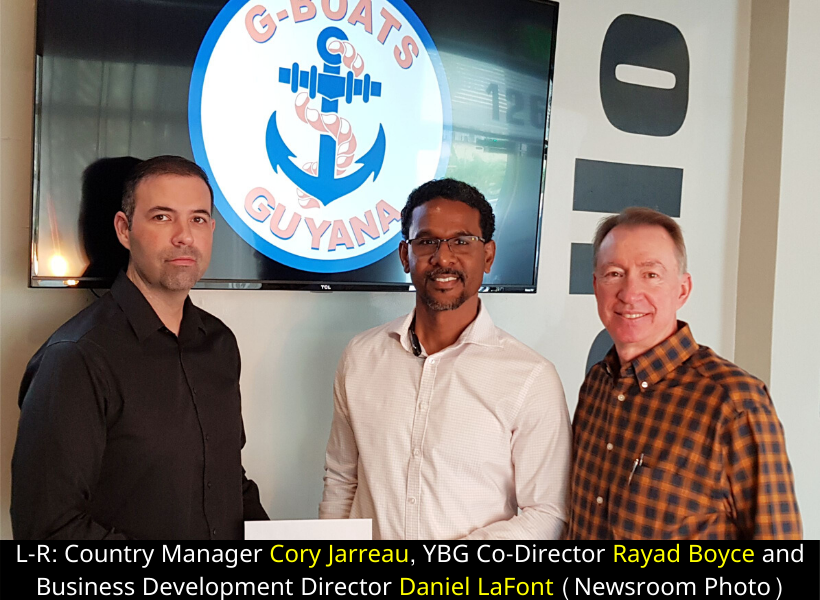 Throughout the last decade, Youth Basketball Guyana (YBG) has been largely responsible for the development of basketball in the country with several products of the youth system transitioning to the National team in recent times.

They committed to partnering with Youth Basketball Guyana (YBG) for activities in 2020 and further on.

LaFont, in his remarks revealed that back in the USA, the company is heavily vested in basketball. This is due to some of the owners who played the game at a competitive level in high school.

He also pointed out that based on his observations, in Guyana basketball isn’t given as much attention as the primary sports (cricket and football), thus he advocated for basketball to be lent a helping hand.

LaFont further committed to an ongoing partnership in the development of youth basketball in Guyana.

Meanwhile, YBG Director Boyce, in his remarks expressed gratitude for the partnership as he noted that Youth Basketball Guyana is celebrating its 15th Anniversary in 2020.

He also noted that YBG will be announcing its calendar of activities in the near future.