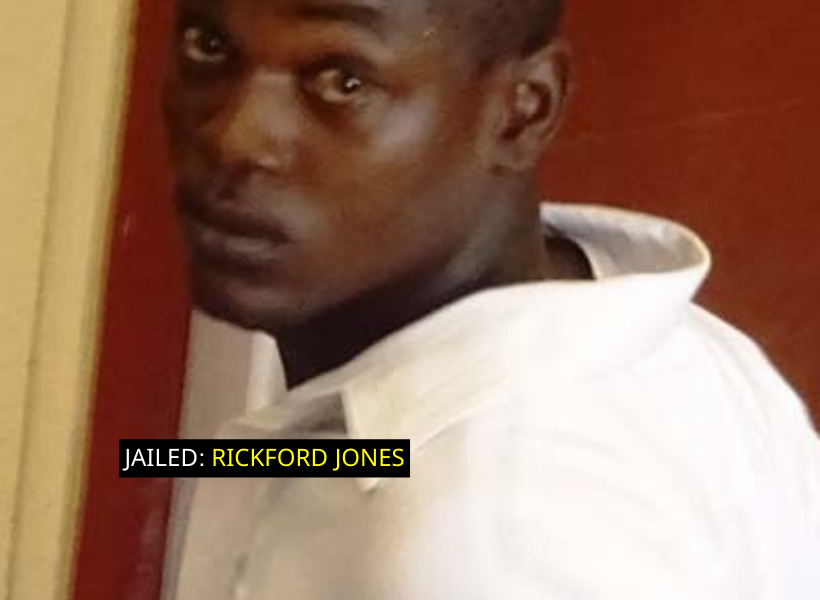 Justice Sandil Kissoon this morning imposed a 23 years jail sentence on Rickford Jones who appeared before him and admitted to the November 18, 2015 killing of Christopher Wharton, also known as “Taps.” Though he was initially indicted for murder, Jones, 27, formerly of Lot 3093 North Ruimveldt, Georgetown, opted to plead guilty to the lesser count of manslaughter.

Based on reports, Wharton was shot to his hand, butt and groin area by gunmen while on the stairs of his Lot 1960 Buggy Peak Street, Festival City home. The motive of the killing was reported as being drug-related. Another man, Brian Mohan, also known as ‘Abdool,’ was also charged with the murder of Wharton. He is currently awaiting trial at the High Court.

Appearing for the State were Prosecutors Tuanna Hardy, Tiffani Lyken, and Nafeeza Baig, while Jones was represented by attorney Maxwell McKay. The jail sentence was imposed at the High Court in Georgetown.