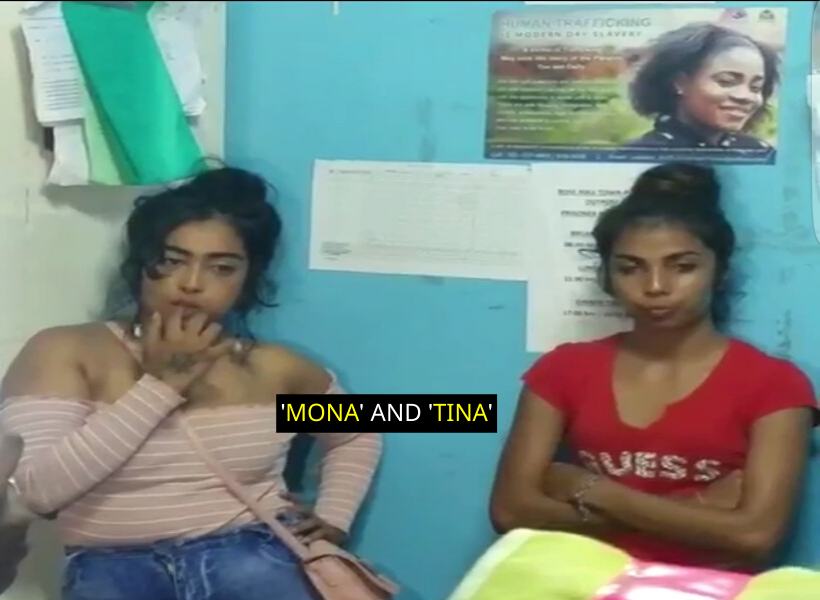 Lawyers from the Attorney General’s chambers have been instructed to file a response to a lawsuit filed by Hemwattie Singh, also known as ‘Mona’, 28, who, along with her sister, Yasminie Ramsew, 22, called ‘Tina,’ became popular on social media after a video of them insulting police ranks went viral.

In the court action, Singh, 24, is suing the State for in excess of $1.2M in damages for cruel and inhumane treatment meted out to her while she was in custody at the Rose Hall Police Station on December 23, 2019.

In a lawsuit filed earlier this month, she has listed the Attorney General, Commissioner of Police and Police ranks, Nieshet Park and Onkar Sooknanan as the defendants jointly and severally. The young woman is seeking in excess of $100,000 for wrongful deprivation of liberty by the police ranks which caused her to suffer pecuniary losses and is a violation of Article 139 of the Constitution.

She is further seeking in excess of $100,000 as she claims to have endured inhumane and degrading treatment, assault and torture at the hands of the police ranks while she was in custody at the aforesaid station. Among other things, Singh is seeking in excess of $1M for the unlawful and malicious publication by the police ranks of her pictures and videos via Facebook and YouTube which she contends is a violation of her human rights to privacy and damage to her reputation and character and lower her self esteem in the eyes of the public.

Against this backdrop, Singh is asking the court to declare that her unlawful and malicious publication of her pictures and videos without her permission is an interference of due process whereby she cannot be guaranteed a fair trial by an impartial tribunal and that the proceedings against her in the Magistrate’s Courts be declared void and quashed.

Guyana Standard had previously reported that the two sisters were travelling in a motorcar in which Ramsew was the driver. It was reported that she hit someone’s car and drove away. Their vehicle was later stopped by police ranks on patrol duties and they were escorted to the station where they allegedly behaved disorderly.