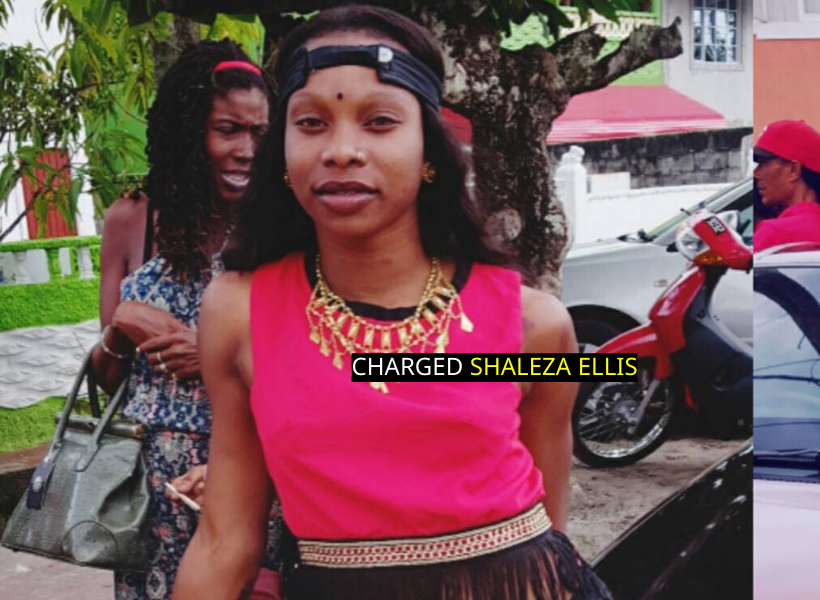 A 23-year-old woman, who was recently charged with illegal gun possession and narcotics, was moments ago charged for stabbing a mother of two to death.

She was not required to plead to the indictable charge which stated that on January 23, 2020, at Georgetown, she murdered Lotoya Haywood known as Toya. She was remanded to prison until February 3, 2020, when she will appear before Chief Magistrate Ann McLennan.

According to information, around 07:30 hrs, Haywood was in the company of her cousin and sister-in-law, at a Christmas Eve party in Leopold Street. It was reported that Haywood approached her child’s father and asked him to purchase a drink for her. However, the man refused.

Shortly after, Ellis approached Haywood and an argument ensued between them during which the accused allegedly stabbed Haywood with a knife in the region of her heart. The injured woman was rushed to the Georgetown Public Hospital Corporation (GPHC) where she was admitted. However, she later died at the institution. The matter was then reported and following an investigation, Ellis was arrested and charged for the offence.

Last October, Ellis and her partner Alfie Garraway, were jointly charged with possession of narcotics and illegal arms and ammunition.

The first charge stated that on October 5th, 2019, at 71 Norton Street, Lodge, they had in their possession a Smith and Wesson .40 pistol while they were not the holder of a firearm licence at the time.

It was further alleged that on the same day and at the same location, they had in their possession 8 live rounds of .40 ammunition when they were not the holder of a firearm licence at the time.

The last charge stated that on the same day and at the same location, they had in their possession 13 grams of narcotics.
They had both denied the charges and were released on bail.