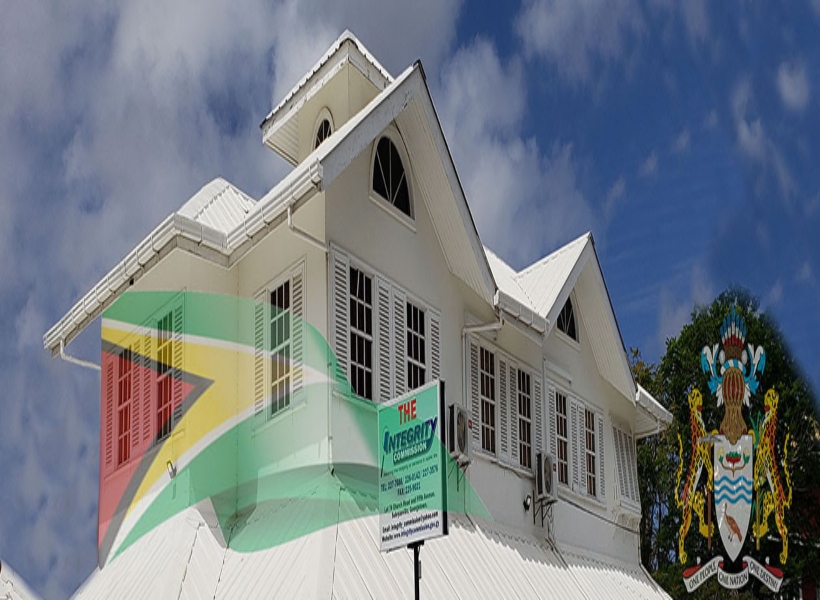 The Office of the Integrity Commission has published the names of 74 persons in public life, who have failed to submit their declarations for the period July 1, 2018 to June 30, 2019.

Under the law, public officers including the President, Permanent Secretaries, Director of Public Prosecutions, Auditor General, Commissioner of Police, the Army Chief, Heads of the Service Commissions, Foreign Affairs officials, Judges and Magistrates and Department Heads are required to declare their assets to the Commission.

Also required to submit declaration forms of their earnings and gifts received are Regional Executive Officers, the Chief Elections Officer, Mayors, Chairpersons and Chief Executive Officers of State companies, Registrars of Lands and the Commissioner-General of Guyana Revenue Authority, along with Presidential Advisors, and Heads of the Guyana Geology and Mines Commission and Guyana Forestry Commission. 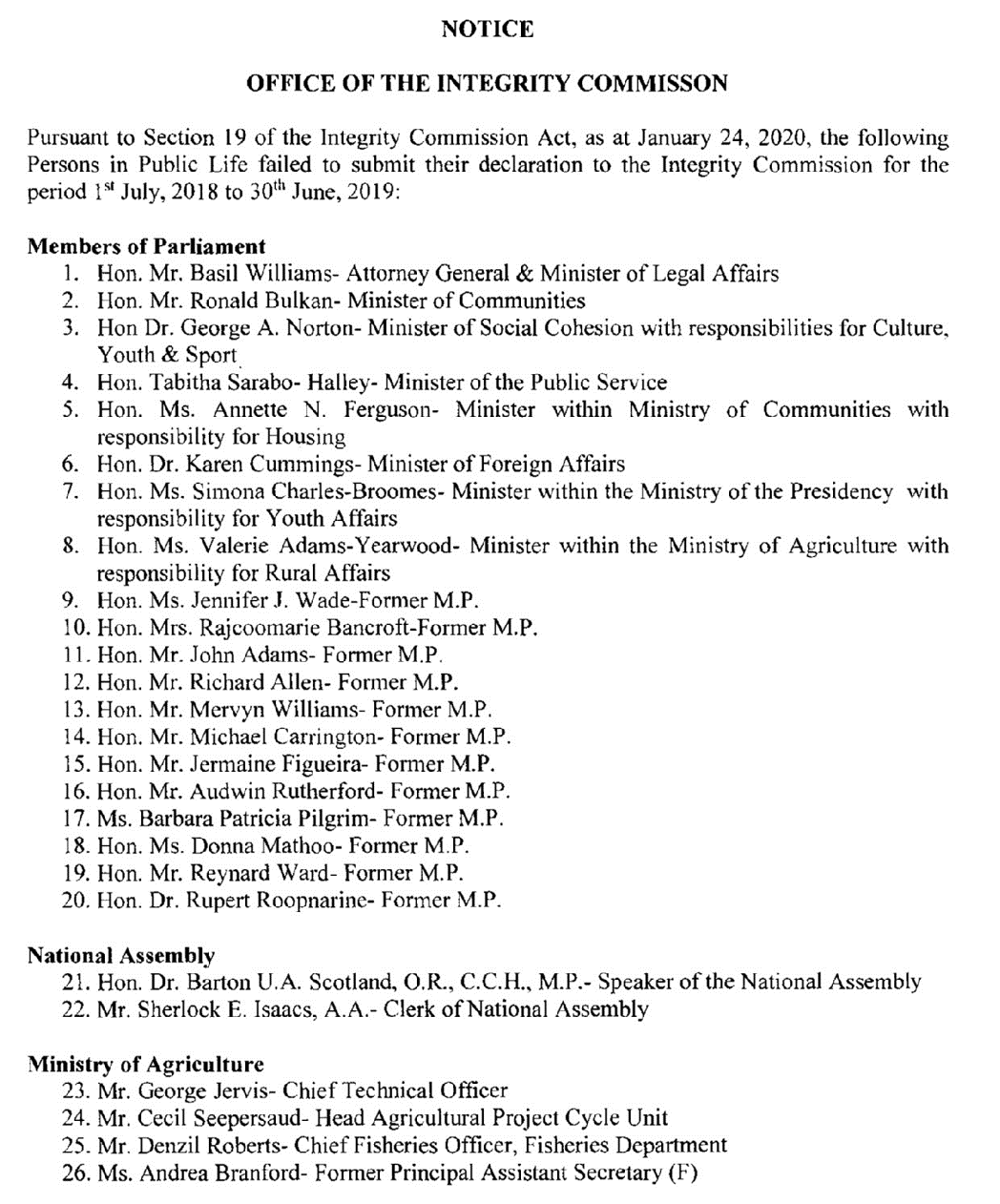 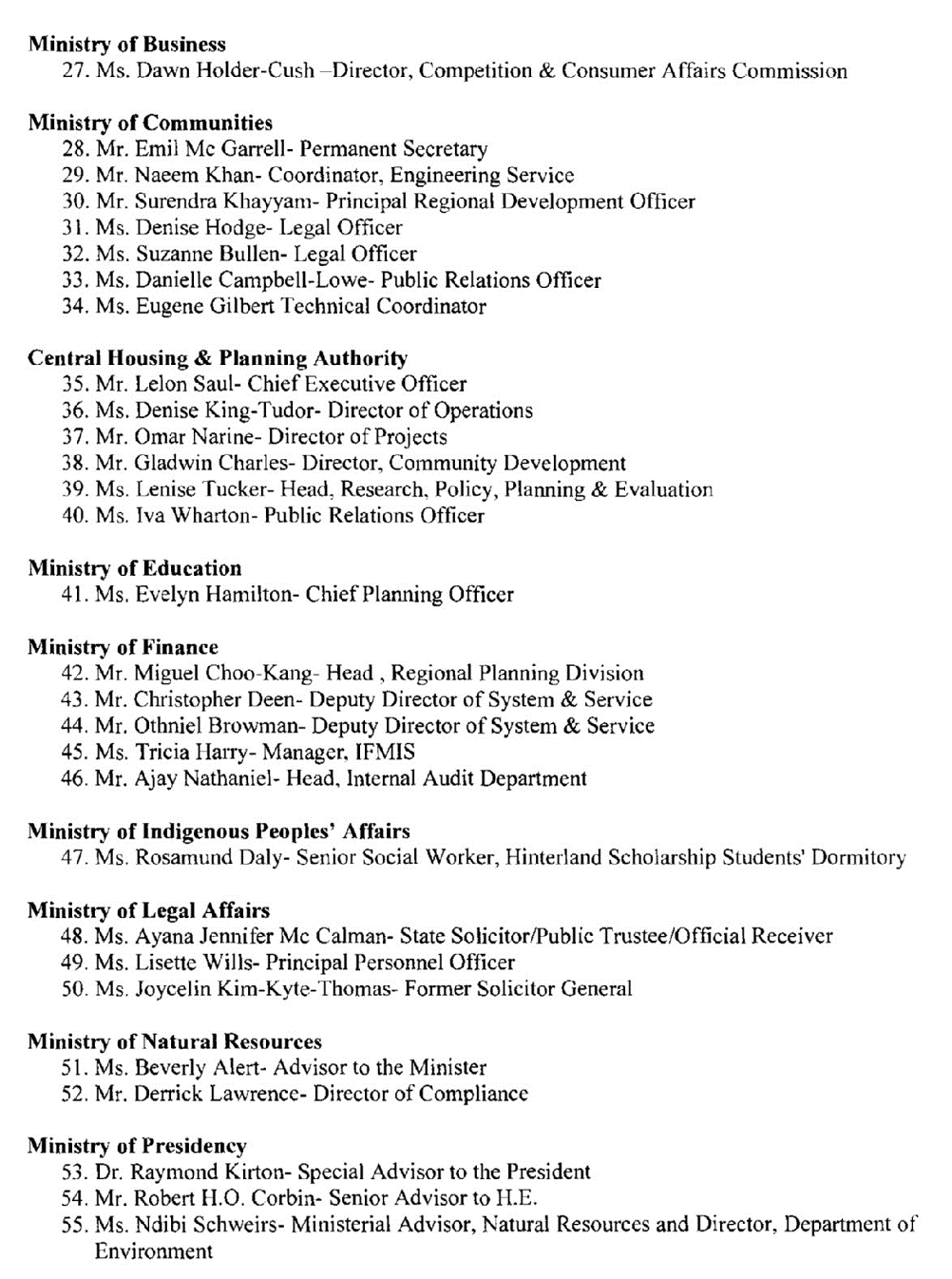 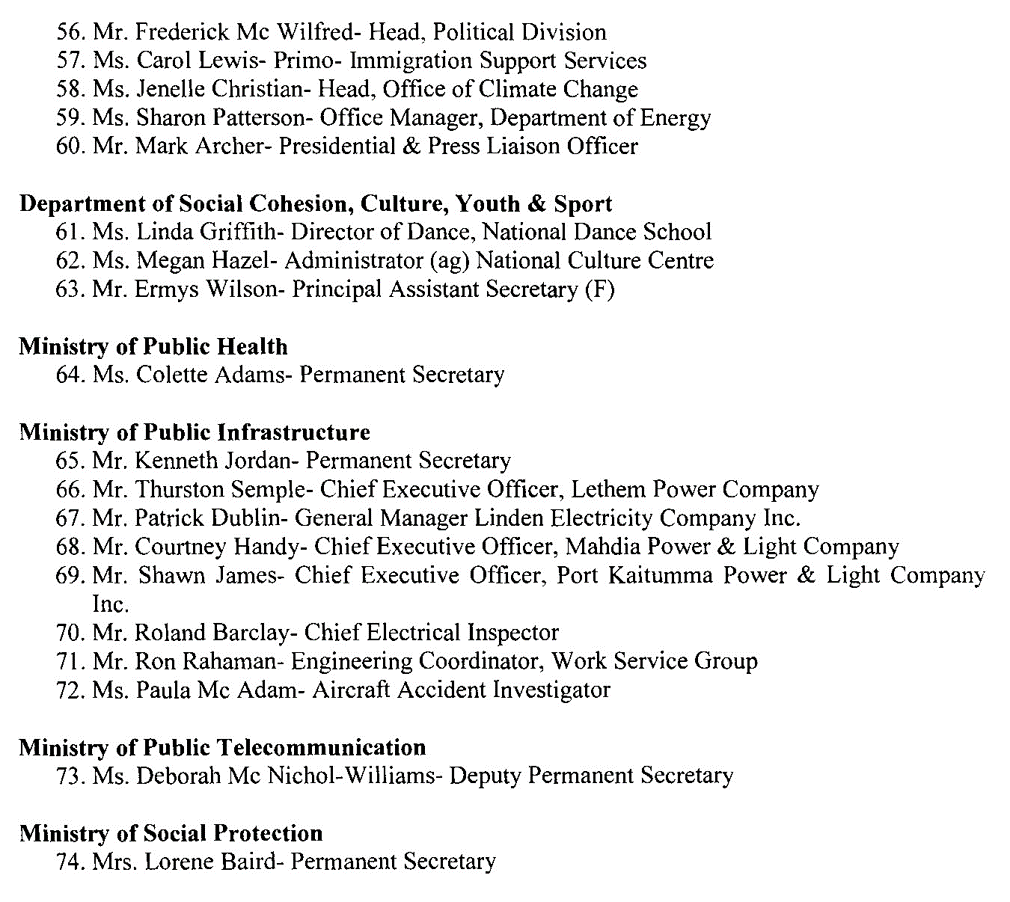