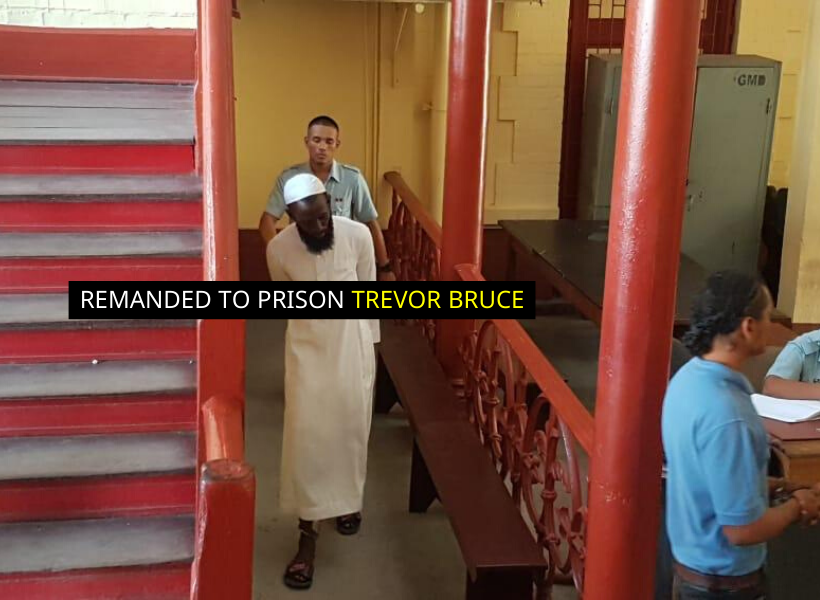 A father of 2, who is accused of having an unlicensed firearm in his possession, was moments ago remanded to prison.

Twenty-eight-year-old Trevor Bruce, appeared before Principal Magistrate Faith McGusty in the Georgetown Magistrates’ Courts.
Bruce denied the charge which stated that on January 25, 2020, at Georgetown, he had in his possession one 9MM pistol when he was not the holder of a firearm license at the time.

The unrepresented man denied the charge after it was read to him.

Facts presented by Police Prosecutor Delon Sullivan stated that on the day in question, police acting on information went to Princes Street, where they saw the defendant sitting in a parked car and acting in a suspicious manner.

The officers, while approaching the car, saw the defendant throwing an object into some nearby bushes. The object was then retrieved. The defendant was told of the allegation, arrested and taken into custody.

The magistrate, after listening to the facts, remanded the defendant to prison.

He was instructed to make his next court appearance on February 26.