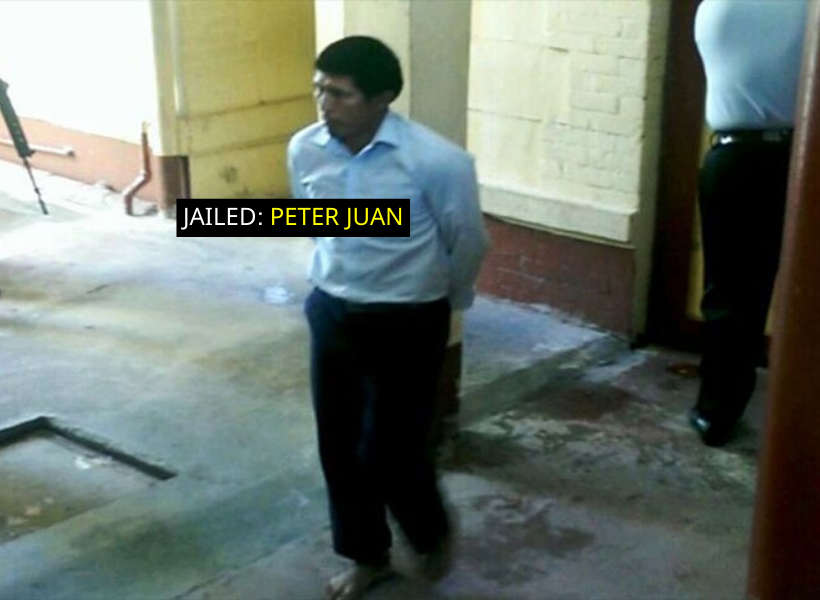 33-year-old Peter Juan was this morning sentenced to serve the next 14 years behind bars for killing his wife, Justina Bernard. Upon his arraignment at the High Court in Georgetown, Juan who was initially indicted for murder opted to plead guilty to the lesser count of manslaughter, thereby admitting that on February, 18, 2017, at Lethem, Central Rupununi, he unlawfully killed Bernard.

Based on information, Juan and his wife were imbibing alcohol for most of the day. At some point, there was a misunderstanding between them which led to a physical altercation during which the woman slapped her husband and called him insulting names. In retaliation, Juan threw his wife onto the ground and slammed her head several times.

The woman’s cause of death was given as a fractured skull and blunt force trauma to the head. Justice Sandil Kissoon, in considering an appropriate sentence for Juan considered both the mitigating and aggravating factors. As it relates to the mitigating factors, the judge considered that Juan is a man of good character.

The judge also took into consideration that after the incident, Juan rendered assistance to his wife, and gave police a detailed statement about what had transpired. Among the aggravating factors the judge considered, were that alcohol was involved and that the killing stemmed from domestic violence.

The judge was vocal in pointing out that too often women are losing their lives at the hands of their spouses. In imposing the jail term, the judge noted that the objective of sentencing is to ensure the rehabilitation for reintegration of an individual into society. The judge made an order that the prison authorities are to deduct the time Juan spent in pretrial custody from the sentence.