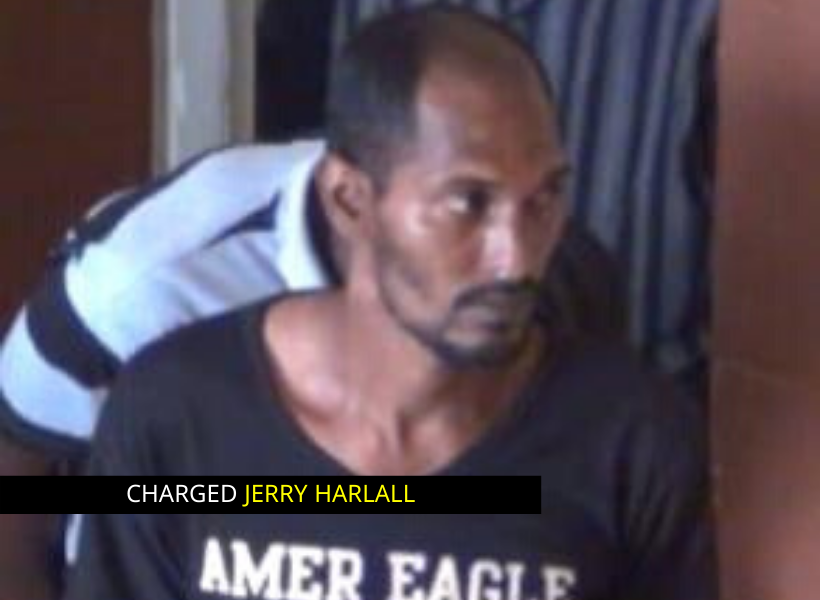 A construction worker, who the court heard dealt his drinking buddy several lashes about his body before throwing him in a trench, was today charged with his murder.

Twenty-seven-year-old Jerry Harlall was not required to plead to the indictable charge which stated that between January 25, 2020 and January 27, 2020 at Republic Road New Amsterdam, Berbice, he murdered Cleon Outar.

Facts presented by the court prosecutor stated that on January 25, 2020, Outar and Harlall were at a bar consuming alcohol. The court heard the men left and began to argue. It was then that Harlall picked up a wood and dealt Outar several lashes about his body and pushed him into a nearby trench. It was reported that on January 27, 2020, the deceased’s body was discovered in the said trench and was taken to the New Amsterdam Hospital where he was officially pronounced dead. The accused was then arrested and charged for the offence.

A post mortem examination conducted on the body by Pathologist Nehaul Singh, revealed that he died from asphyxiation (drowning) compounded with multiple blunt trauma to the body and a fractured skull.

The Chief Magistrate, after listening to the facts, remanded Harlall to prison until February 17, 2020, when he will appear in the New Amsterdam Magistrate’s Court.