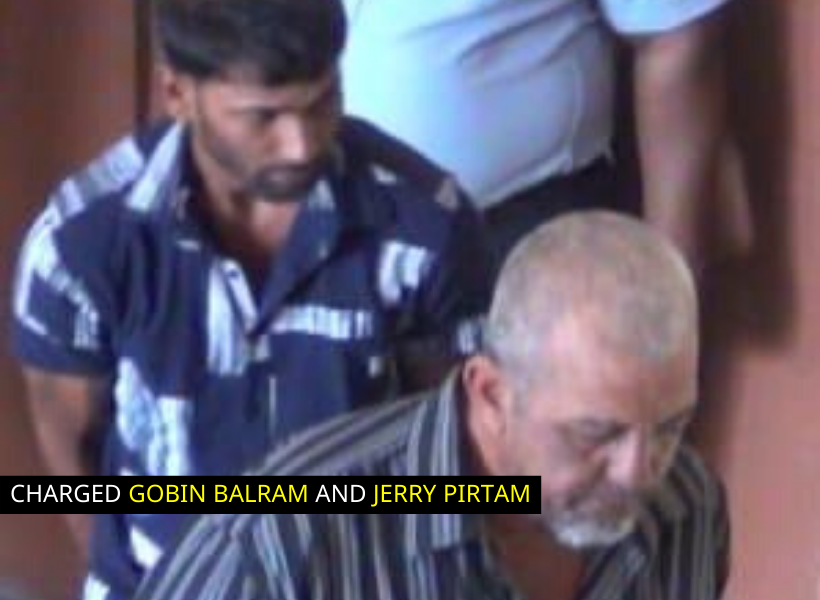 Two men who are accused of the execution-style killing of a cattle rearer, were moments ago charged and remanded.

The men, 60-year-old Gobin Balram, a farmer and 25-year-old Jerry Pirtam, a labourer, both of Number 65 Village, Corentyne, Berbice, appeared before Chief Magistrate Ann McLennan in the Georgetown Magistrates’ Courts.

The men were not required to plead to the charge which stated that both of them, on January 30, 2020, at Number 67 Village, Corentyne, murdered Parmanand Lakram called “Bachan”.

The men were remanded to prison until February 25, 2020, when they will appear in the Springlands Magistrate’s Court.

Facts presented by Police Prosecutor Matthews stated that on the day in question, Lakram’s body was found at Number 68 Village with what appeared to be blood. The police were called in and following investigation, the defendants were arrested. The court heard that two friends of Lakram witness the defendants murdering him over a stolen cow. The friends hid in bushes until the men went away. They then reported the matter to the police.
The 9mm pistol which was used to execute Lakram and seven spent shells were recovered from the scene.