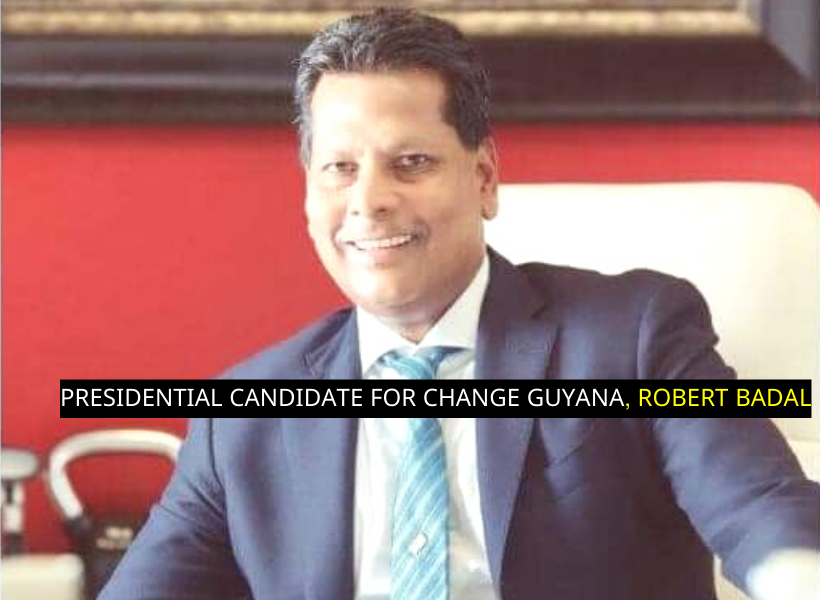 Change Guyana’s Presidential Candidate, Robert Badal, has outlined a “Guyana first” policy in his party’s elections manifesto for the oil and gas sector, which it hopes to implement should the party win the elections or have any stake in the legislature.

Some of these measures include the negotiating of a “better” oil deal with oil major, ExxonMobil. Badal’s commitment to this particular issue comes at a time when many factions of society are clamouring for the renegotiation of the Guyana/ExxonMobil deal. These calls have been echoed by an anti-corruption agency called “Global Witness”, which released a report about a week ago containing several observations, including the view that Guyana could have gotten an additional US$55B if its negotiators did a better job in haggling with Exxon heads. The government has since refuted the article.

Also, Badal has committed to the establishment of a Commission of Inquiry (COI) into the oil and gas industry.

Asked how soon – should the party win the elections or have any stake in the National Assembly – will Change Guyana push for that inquiry, Badal said: “Well, I think given the importance of that, and the failure to release information from the government; it is so opaque, that is among the first thing we need to do – to appoint that Commission of Inquiry.”

He noted too, that all blocks for which the investors commitments were not delivered to date would be returned to State ownership and vested in a State-owned National Oil company (NOC), and every citizen of Guyana would be assigned shares in the NOC from birth. Such shares would appreciate in value with every Auction and signing bonus. Sales of these shares may only be disposed of to one’s family or the NOC. This will give every Guyanese a stake in our oil resources and the benefits thereof, he explained.

The manifesto contains also, plans to periodically auction oil blocks to realize the highest price with attractive signing bonuses. The party noted that from 2020 to 2022 revenues from oil would be used to uplift the income levels of all employed through reduction in income taxes, improvements in health care, education and urgently needed infrastructural works including a bridge across the Demerara River.

“From 2023, the Sovereign Wealth Fund (SWF) will be activated. A portion of the annual income from oil will be appropriated to this fund. The balance would be appropriated to specific Funds for infrastructural development, a Healthcare, an education, an agricultural and industrial development fund. A special allocation, a Welfare Fund, would be made to finance a safety net for depressed communities, single parents, the elderly and the more vulnerable in our society,” the manifesto read.