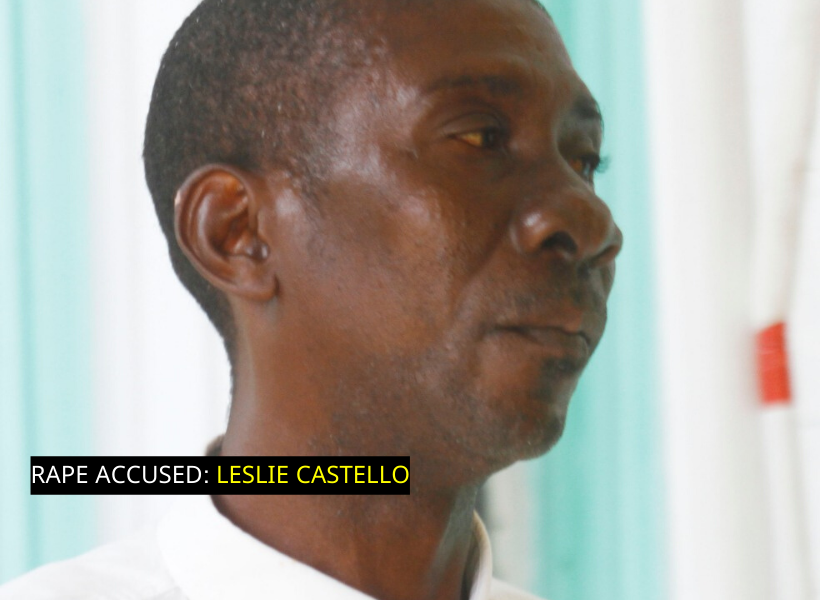 With the jury being unable to arrive at a verdict in his trial, Leslie Castello remains out on bail for allegedly raping a 13-year-old girl.

The jury deliberated for more than two hours but was unable to arrive at a unanimous decision or even accept a proportionate verdict.

According to the indictment presented by State Prosecutors Mandel Moore and Teriq Mohammed, between November 1 and 30, 2014 in the county of Demerara, Castello engaged in sexual penetration with the schoolgirl.

In light of the hung jury, Castello, who was represented by Folio Richards, will have to face a new trial at the next practicable sitting of the Demerara Criminal Assizes. The next trial will be his third; his first trial in 2018 also ended in a hung jury.

Based on reports, the young girl was making her way home from school when Castello allegedly went from behind and grabbed her. It is alleged that he took her into the backdam and had sex with her but twice.

Castello’s trial came to an end this afternoon before Justice Jo Ann Barlow at the Sexual Offences Court in Demerara.

Pompeo does not dismiss presence in Guyana may have been to antagonize corrupt Maduro...

Guyana was invited to access free online courses but Coalition never followed up –...

Racism must end with this generation of young Guyanese- Youth Minister...

Pompeo does not dismiss presence in Guyana may have been to...