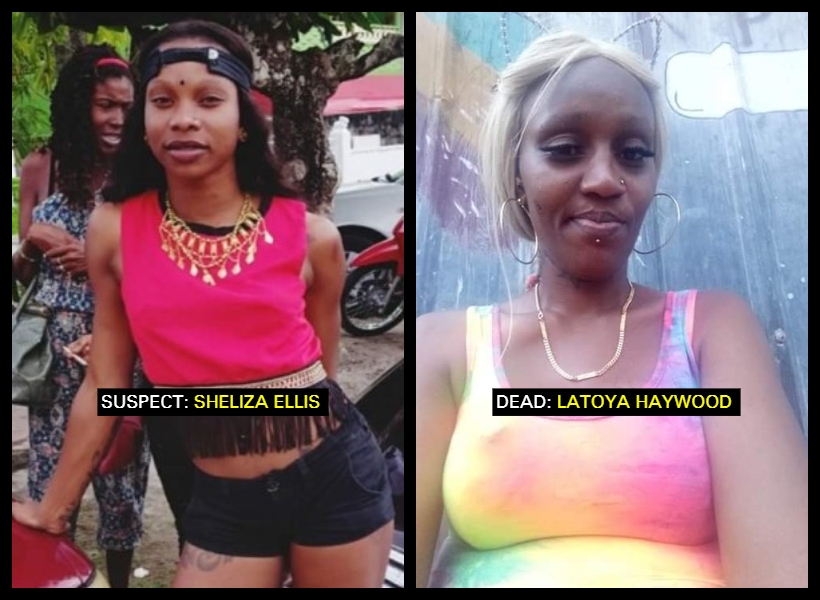 There is an old saying, “If you want to punish the murderer, put their photograph in the victim’s coffin.”

That proverbial phrase came to light—for the first time on Wednesday when two persons were arrested by the police at the Le Repentir cemetery, trying to retrieve a photograph of a young woman that was placed in the coffin of a murder victim.

The photograph is that of 23-year-old Sheliza Ellis called “Sheza” who was charged in January, last for the murder of Latoya Haywood on Christmas Day at Leopold Street, Georgetown.
Guyana Standard has been informed that on Wednesday night, police ranks responded to a call that four persons were seen breaking into a tomb at the Le Repentir cemetery.

When ranks got there, two suspects managed to escape while an elderly woman and a young man were captured.

The suspects are reportedly related to 23-year-old Ellis and were sent there to retrieve her photograph from the coffin.

The suspect told the police that they were informed that the deceased’s relatives placed Ellis’ photograph in Haywood’s coffin so that she (Ellis) would become mentally ill and then kill herself.
To break the curse, they broke into the tomb on Wednesday to retrieve that photograph. They were unable to complete their mission because the police arrived.

Reports are that the fatal stabbing stemmed from an alleged love triangle between the two women and a male who have had numerous brushes with the law.