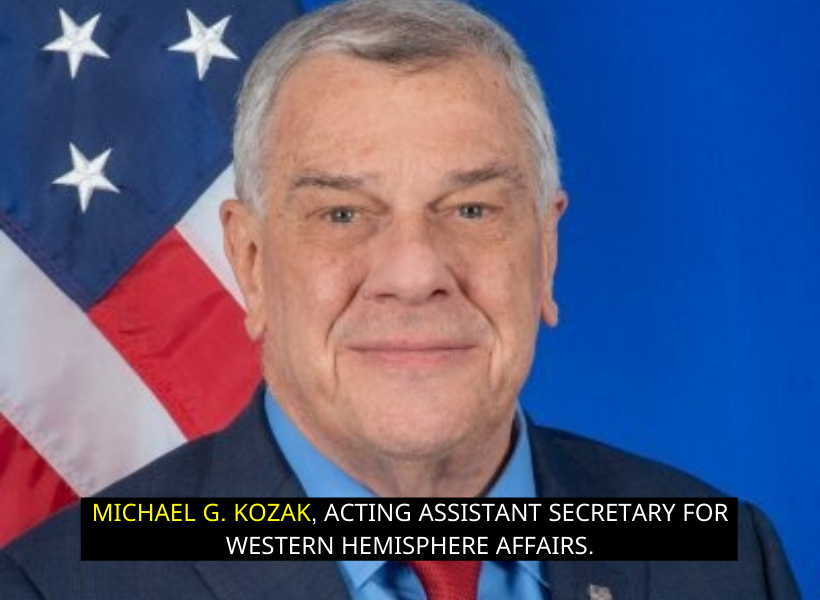 Acting Assistant Secretary of America’s Bureau of Western Hemisphere Affairs, Michael G Kozak, is disappointed that it has been more than seven weeks since Guyana’s elections were held and there remains no credible outcome. The senior official made this remark during his most recent briefing on a full range of political and economic developments across the hemisphere.

In his opening remarks, Kozak was keen to note that the Guyana Elections Commission (GECOM) was able to put together a preliminary work plan for a recount but has not issued a timeline. Further to this, he said that the US remains gravely concerned that so much time has passed without a credible result while adding that continued delays violate the Guyanese people’s rights to a transparent, credible, and timely electoral process.

That said, the Acting Secretary of State was sure to remind that the relations America has with the governments and the people of the Western Hemisphere are very important. Kozak concluded, “…We will continue to stand with our friends as we confront the challenge of COVID-19, extend freedom throughout the region, and work to reignite economic prosperity for our citizens.”