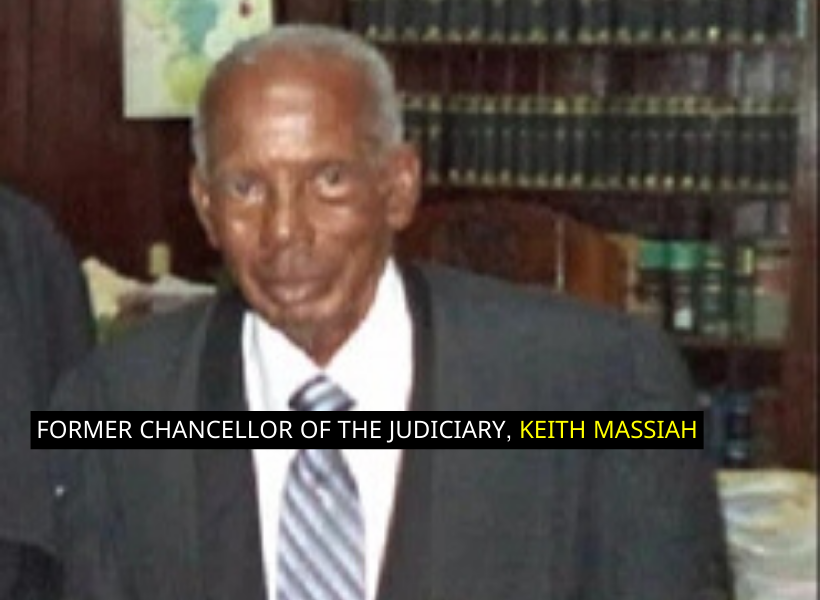 In a statement yesterday, the President expressed that he is saddened at the death of Massiah, 93, who passed away on Friday, April 24, 2020 at a city hospital following a period of illness.

Massiah served as Chancellor of the Judiciary from 1984 to 1988. He also served as State Counsel, High Court Judge, Justice of Appeal, Attorney General and Minister of Legal Affairs and a Professor of Law.

On behalf of the Judiciary, Chancellor Cummings said that Massiah dedicated his life to the law and served his country with distinction.

According to her, he was a true legal luminary whose indelible contribution to the jurisprudence of Guyana is known throughout the Caribbean and the Commonwealth.

She said that he will always be remembered for his intellectual prowess, and his rich, passionate and poetic judgments.

“His many landmark judgments in constitutional and public law, as well as criminal cases, changed the legal landscape of Guyana,” Chancellor Cummings added.

She continued, “As Chancellor of the Judiciary he conducted himself and his court with admirable grace, decorum and integrity. He was an inspiration to us all.”

Noting that the legal fraternity has lost a great jurist, orator, teacher and friend, the Chancellor disclosed that a special sitting of the Full Court will be convened to honour the memory and legacy of Massiah when public health conditions permit.

Meanwhile, Nandlall described Massiah as a great judge of a remarkable era. According to Nandlall, he was taught by Massiah and even practiced law alongside him.

“I never had the honour of appearing before him. He presided over a generation of which I was not a part,” Nandlall expressed.

According to him, “Perhaps his greatest legacy will remain his extraordinary literary prowess. He employed it splendidly in his voluminous written judgements.”

“His prose style of metaphoric writing laced with influences of Greek mythology, political philosophies, biblical references and excerpts from the classics, created that fertile figurative canvas upon which he wrote those scintillating legal judgements. Reading any of them is an excursion in poetry, art and jurisprudence all in one.”

He further reminded that Massiah spoke of authors of renowned fame whose books he used as teaching materials, Judges of the Commonwealth and the Law Lords of the United Kingdom, with a collegial sense of familiarity that never failed to amaze him.

Via his Facebook page, Veteran Journalist and playwright, Francis Quamina Farrier shared a photo of Massiah in his younger days from the production of the play Happy Holiday at the Theatre Guild Playhouses in Georgetown, Guyana in 1965.

He wrote, “At extreme right is the former Chancellor Hon. Keith Massiah. He was also in two other plays I directed… He passed away yesterday. May his soul Rest In Peace. Condolences to his wife Rev. Maureen Massiah and other relatives and friends.”