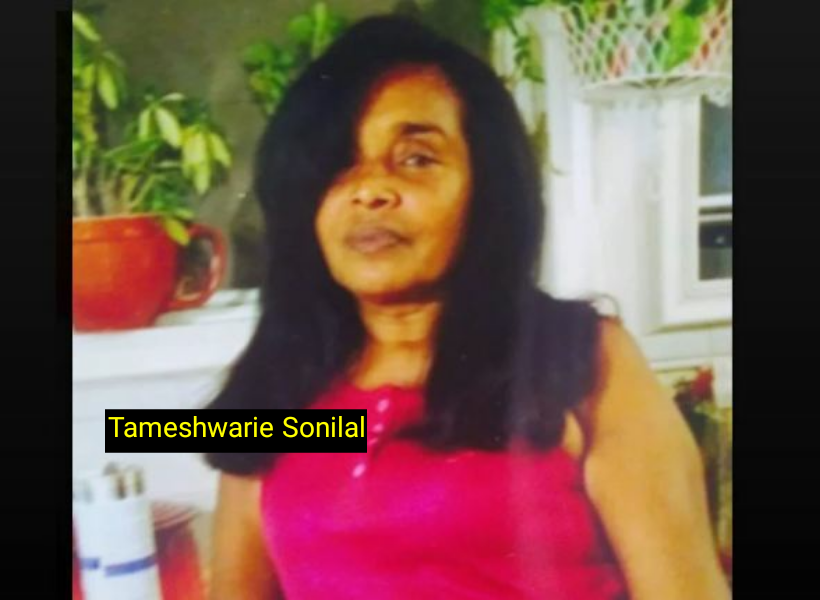 The police are investigating the brutal murder of 62-year-old Tameshwarie Sonilal which occurred in her home at Canal Number one, West Bank Demerara (WBD) last night.

Sonilal was brutally stabbed and chopped to death in her bedroom by a male, who allegedly lives in the same village. He is said to be 22-years-old.

The motive for the killing is unclear. According to information received, neighbours heard the woman screaming for help last night and when they went to her rescue, they saw the young suspect exiting the bottom flat of her home—covered in blood.

Based on information received, the neighbours tried to apprehend the suspect but he warded them off with a cutlass he was carrying. He managed to escape in nearby bushes.

Guyana Standard has been informed that when the neighbours went to the woman’s room, they found her covered in blood and severely chopped. She was already dead.

The 62-year-old woman lived with her brother but at the time of the killing, he was not at home. It is unclear how the suspect got into the house.

The body is currently at the Ezekiel Funeral home as police continue to investigate the murder.