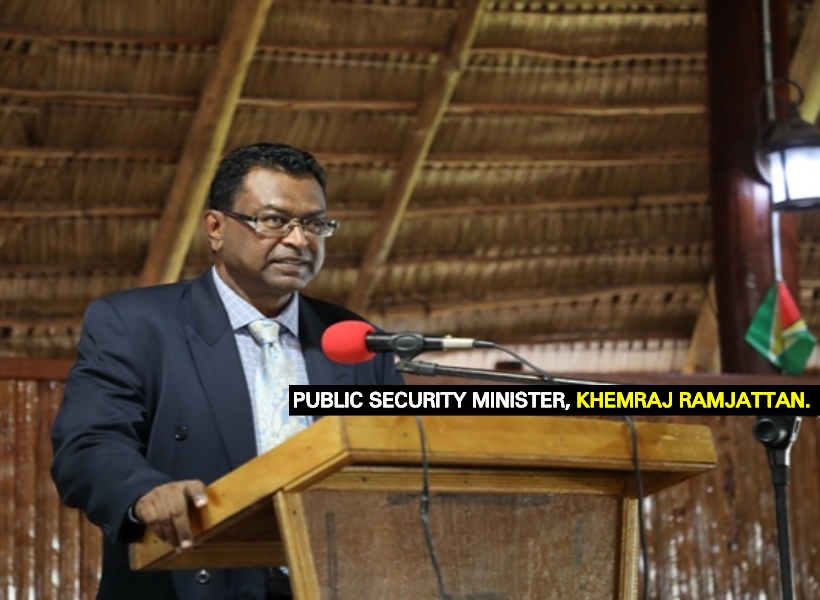 The Public Security Minister’s comment comes at a time when Opposition party agents have repeatedly said that the recount process should only focus on the tallying of ballots, and not the discrepancies found. Both Opposition Leader and former Attorney-General Anil Nandlall have said that these discrepancies should be reserved for an elections petition, but the incumbent says that these matters – which they have mostly been raising – should be addressed.

Opposition members are on record accusing the incumbent of making “inconsequential” issues that only slow down the process.
But according to Ramjattan, resolving these issues can help the Commission in how it handles future Local, and General and Regional Elections.
He opined that in some instances, some discrepancies are too major to be ignored. Even the minor ones should also be addressed, he said.

Yesterday, Government-nominated Commissioner, Vincent Alexander, said that one box was found with seals broken, another had more ballots than persons who were listed to vote, and another containing ballots but no list of electors.
Ramjattan admitted that the process is indeed taking a long time but said that the country should be patient. Ensuring credible elections results will entail in-depth looks into the process.