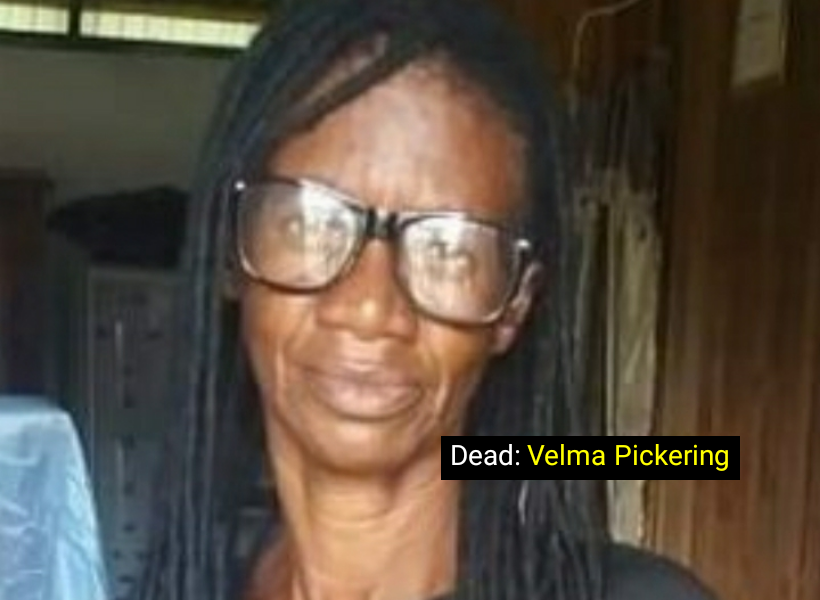 A woman, who constantly objected to her daughter’s relationship with an abuser was this afternoon stabbed to death by the same individual.

The deceased has been identified as 56-year-old Velma Pickering of Lot 257 South Vryheid’s Lust. She was stabbed multiple times about the body and died at the scene.

The 28-year-old suspect was nabbed by residents and handed over to the police.

According to information received, the deceased never liked the suspect because he assaulted her daughter frequently. For this reason, she always encouraged her daughter to sever the relationship.

Guyana Standard has been informed that the suspect and the deceased had an argument earlier today over the phone. He then travelled to the victim’s home and attacked her with an ice pick.

The police said that Pickering managed to flee her attacker and ran to a neighbour’s home where she collapsed and later died.

The suspect was being sought by the police for unlawfully wounding Shamar Roberts on Saturday, last.