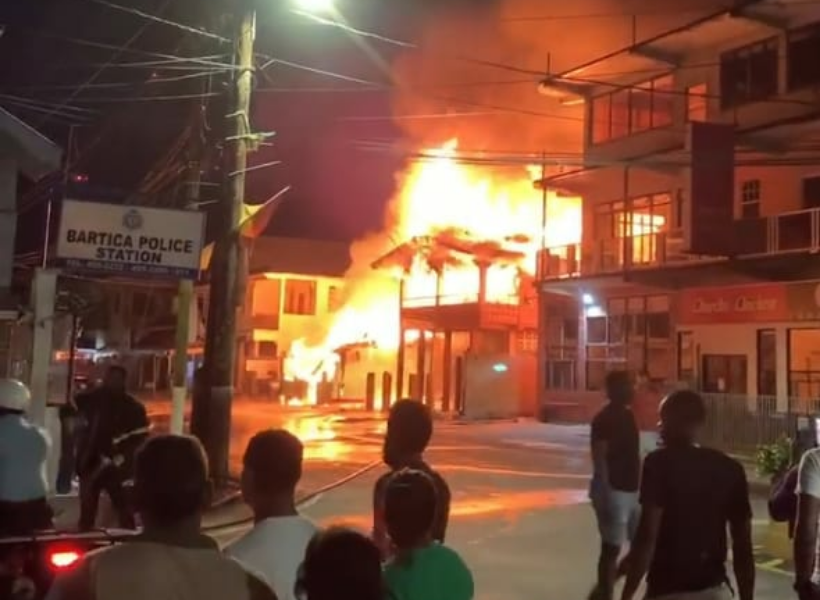 Two buildings went up in flames late last night in the mining town of Bartica. The buildings are located opposite the Bartica Police Station.

Regional Commander, Linden Lord said that two businesses were housed in the buildings located at First Avenue. Both have been destroyed.

The Guyana Fire Service has launched an investigation to determine the origin of the blaze.

Guyana Standard has been informed that the fire started in the building which once housed the Morocco Hotel and quickly spread to the second building.

Fire Fighters managed to save other neighbouring buildings including Citizen Bank and Churches Chicken. While Town Clerk, Pheobe Wallerson said that fire-fighters did their best to contain the blaze, the residents have different opinions.

They claim that the fire tender had to leave the scene to get water and that took some time. “The water was the problem, if the water was flowing then at least one of the buildings could have been saved,” one resident lamented.