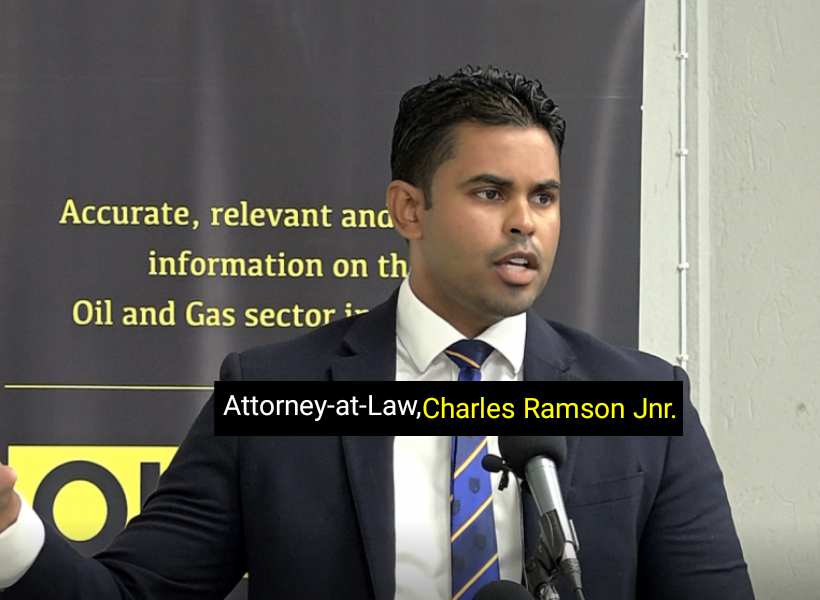 Attorney-at Law and PPP/C Candidate, Charles Ramson Jnr., moments ago, registered his disappointment with the fact that the government continues to deny granting approval to the Carter Centre to observe the recount of the votes cast in the 2020 General and Regional Elections.

Ramson said that an Order, just like a Regulation, Rule, By-Law etc., carries the same power of the law while noting that it falls into the category called “subsidiary legislation”. The PPP Candidate said too that the refusal by the APNU-AFC led caretaker government to allow the Carter Center to return to Guyana is not only the political weaponization of the COVID-19 pandemic but also a breach of their legal entitlement thereunder.

Ramson also pointed out that Section Six of the General Elections (Observers) Act CAP 1:10 makes it an offence for anyone to obstruct or interfere with an accredited observer in the performance of his functions or the exercise of his rights conferred thereunder.

Taking the foregoing into consideration, Ramson said that the refusal makes everyone wonder what is it that the “refusers” have up their sleeves and or what they could be trying to hide from the observers.