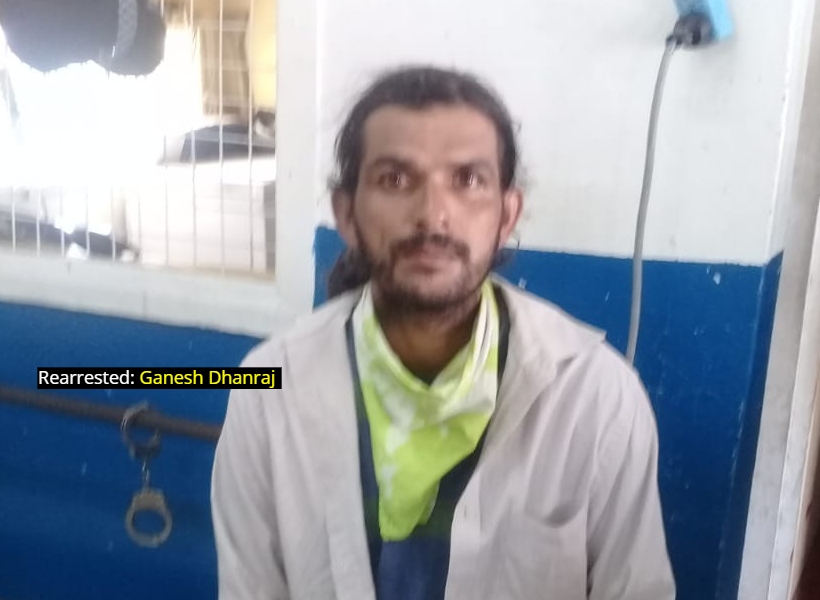 Quick action by the police this afternoon led to the capture of 32-year-old murder accused, Ganesh Dhanraj, who along with four others escaped from the Lusignan, East Coast Demerara (ECD) Prison on April 20, last.

Dhanraj’s arrest was based on intelligence the ranks at the Parika Police Station received. He was recaptured while sitting in a car at the Parika bus park around 14:10 hrs. He is back at the prison.

The Guyana Prison Service said that Dhanraj, upon his arrest, was taken to the Parika Police Station where officers from the prison subsequently confirmed his identity.

The 32-year-old man is on remand for the murder of his reputed wife, Dhanwantie Ram, who was strangled in her one-bedroom Parika home in 2017.

Those already recaptured are Anthony Padmore, who is on remand for trafficking cannabis and robbery accused 24-year-old Sasenarine Bisnauth.

Kenraul Perez, 26, of Mabaruma, North West District remains on the run. He was on remand for murder.

The Guyana Police Service in a statement commended the police for their swift action, and commended the members of the public for feeling safe and confident to provide the information to the police.