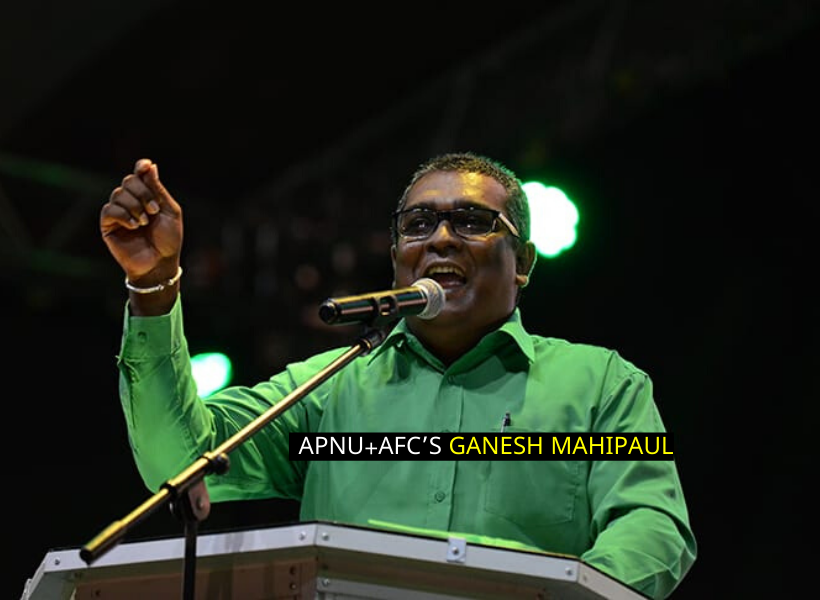 Since the recount of the votes cast in the March General and Regional Elections began some two weeks ago, the A Partnership for National Unity + Alliance for Change (APNU+AFC) has been raising objections; claiming that persons, who were not in the jurisdiction on polling day, were still being listed as voted.

Not only has this cast a dim light on the March 2 elections, but has placed the Guyana Elections Commission (GECOM) downwind allegations of electoral fraud, which continue to be levelled each day as the recount process unfolds.

APNU+AFC’s Ganesh Mahipaul, who is a counting agent at Station Five, today, revealed how these objections are made. He told media operatives outside the recount venue, the Arthur Chung Conference Centre (ACCC), that the party always had concerns over the final list of electors that was generated by the Guyana Elections Commission (GECOM) prior to polling day.

It was always the APNU+AFC’s belief that this Official List of Electors (OLE) is bloated, that is, it contained names of persons who are deceased, and the names of those are no longer living in Guyana, Mahipaul said.

It is based on this assumption of the list being bloated that the APNU+AFC decided to embark on an “extensive” field operation. Mahipaul said that field agents discovered that some persons on the OLE were either dead or not in the jurisdiction on March 2. But this is just half of the work.

Phase two of the operation is to now ascertain if these persons voted during the process. This is done by identifying the unique serial number associated with a person’s name, and to see if that number is recorded in the respective ballot box as voted.

Once there is a positive match, then it means that the person who was allegedly not in the jurisdiction on March 2, still voted. An objection is immediately made, but there is no immigration record to prove that the individual was indeed not in Guyana on March 2.

Mahipaul conceded that the allegations are founded on hearsay but maintained that GECOM should not leave anything to chance, and that an investigation must be done. He said that GECOM should access the immigration record to ascertain the veracity of these claims.

The APNU+AFC agent admitted that he does not have access to the records but is confident that the information transmitted to him is accurate. In fact, he is “110 percent” sure.

Asked to provide one piece of evidence to the media, Mahipaul could not. He said that the “time for evidence will come” and noted that GECOM can access the evidence needed to verify the party’s claim.