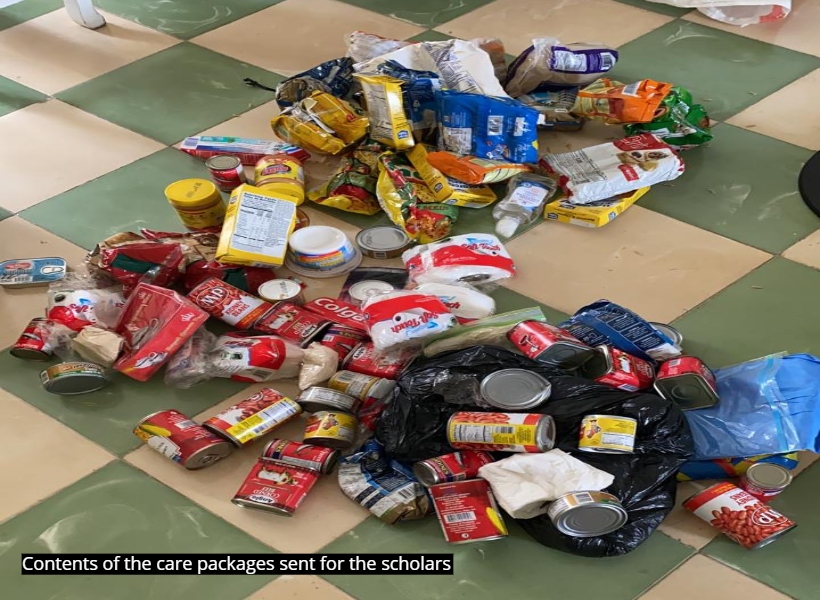 Guyanese students on scholarship in Cuba earlier today expressed sincere thanks to the government and people of Guyana for their demonstration of care, through scores of relief packages sent to them to mitigate the difficulties encountered since the onset of COVID 19 on the island.

Additionally, the scholars praised the Minister for honouring a commitment made to them after having been briefed about their concerns surrounding the Cuba situation.

“The decision to render us aid was expressed by the minister and executed. I acknowledge your commitment and conviction to ensure our welfare. This assistance comes at a most crucial time when COVID 19 has created many challenges,” one student wrote.

The Government of Guyana, through the Department of Public Service, Ministry of the Presidency recently chartered a Caribbean Airlines flight, costing USD $48000 (more than Guy $10M) to take relief and personal care supplies, valued in excess of $4M, to scholars in Cuba.

The total packages sent to Cuba were 88 in number. Of these 88 packages, 69 were sent to Government of Guyana Scholars, six were sent to self-financed students in Cuba, one to the department’s Student Affairs Officer and another to a student who is incarcerated.

The 77 packages weighed approximately 85lbs each. The other ten packages sent were received from the Ministry of Foreign Affairs which requested to send packages to their staff in Cuba, four boxers who are currently stranded in Cuba and Mrs. Rukhmin Chand, the wife of Mr. Komal Chand.

According to messages sent directly to the Minister of Public Service Hon. Tabitha Sarabo-Halley, Permanent Secretary Soyinka Grogan and Scholarship division the scholars expressed, “special thanks to the Government of Guyana.”

One scholar said, “By this I personally make my gratitude to the Hon. Minister of Public Service, Permanent Secretary of the Department of Public Service, Ministry of the Presidency, Ambassador of the Republic of Guyana to Cuba, the Students’ Affairs Officer and all embassy staff that have worked to ensure that the hampers sent from Guyana to Cuba were processed and subsequently distribution has commenced.”

Following a News Room publication entitled “More Guyanese students in Cuba say their plight is being ignored” on May 8, the Ministry had reiterated its commitment to ensuring the wellbeing of the Guyanese Scholars in Cuba.

It  had also chided the News Room for attempting to cause embarrassment to the governments of Cuba and Guyana, which have shared excellent diplomatic relations for decades.