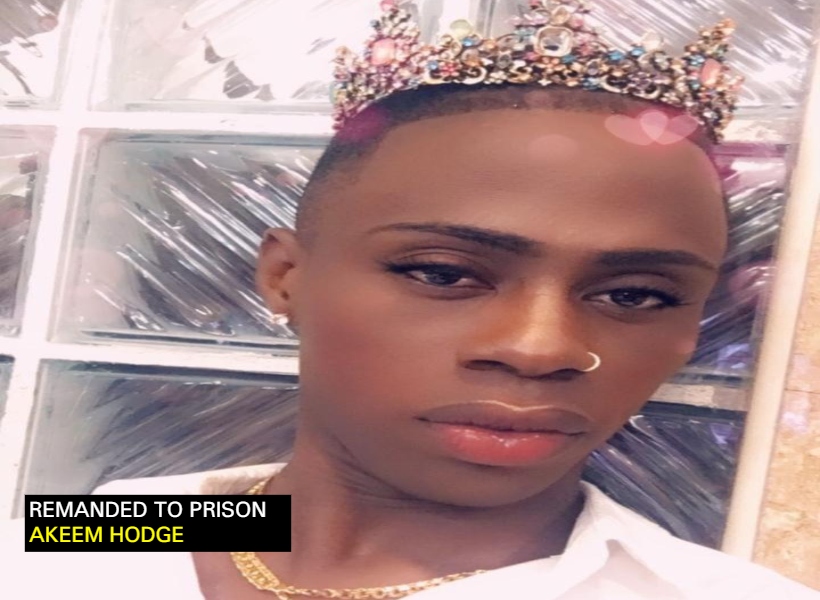 A popular social media figure, who goes by the alias ”Angel” was yesterday remanded to prison for allegedly stealing a gold and diamond band from his employer.

Akeem Hodge appeared before Magistrate Rondell Weever in the Georgetown Magistrates’ Courts where the simple larceny charge was read to him.

He denied the charge which stated that between May 15 and May 24, 2020, at Georgetown, he stole one white gold and diamond bracelet from Jennelle Blackman.

It was reported that Hodge would normally clean the virtual complainant’s home and she would pay him. However, during the period mentioned, he is alleged to have removed the woman’s valuable.

The matter was then reported to the Alberttown Police Station and an investigation was launched.

The Prosecutor objected to bail being granted to Hodge citing that he has pending matters before the courts.

The Prosecutor also highlighted that after the incident, Hodge went into hiding and was only arrested a few days ago and placed before the courts.

The Magistrate, after listening to the prosecutor remanded Hodge to prison until June 25.