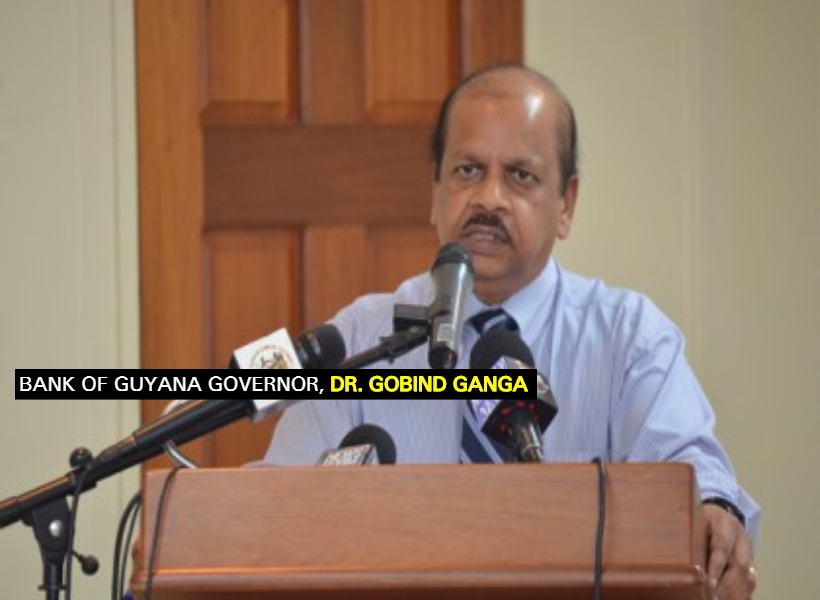 The COVID-19 pandemic has shattered the hopes of many oil producing countries in gaining big profits from their exports this year. But even in the face of this grim reality, there is a clear opportunity for nations that are heavily dependent on fossil fuel to run their economies, to cash in on the low oil price period.

Outlining this perspective during a recent online forum on “How the Caribbean can rebound after COVID-19” were Timothy Antoine of the Eastern Caribbean Central Bank, Dr. Richard Byles of Bank of Jamaica, Dr. Gobind Ganga of Bank of Guyana, and Central Bank of Barbados Governor Cleviston Haynes.

The Central Bank Governors were in agreement that now is the time for oil dependent countries to strike while the proverbial iron is hot. In offering his remarks, Dr. Ganga said, “…Countries need to take advantage of the low oil prices. Maybe they can buy forward. We are still heavily dependent on fossil fuels and to a large extent…” The Bank of Guyana Governor was keen to note that the nation would still have to bear in mind the urgent need to move towards the diversification of its energy needs since the importation of oil remains a costly burden on the national accounts.

As for Richard Byles, the Head of the Central Bank of Jamaica, he was keen to note that oil prices are very important to his country as it is a very significant oil importing country. He was keen to note that over the years, Jamaica has found ways to move away from being totally dependent on heavy fuel oil. “We have a significant electricity programme being fueled by LNG (Liquefied Natural Gas) and we have a fairly substantial renewable sector in the energy business…,” Byles expressed. Further to this, the Central Bank Governor sought to put on record that the oil market as a commodity market is very sophisticated and “no one is sleeping at night.” He stressed that everyone is looking at opportunities to make a buck while adding that it is not a market for amateurs to play in. He also stressed that the region needs to urgently move away from its dependence on oil.

In offering his point of view, Timothy Antoine, Governor of the Eastern Caribbean Central Bank, remarked that the fall of oil prices is indeed one of the positives of this pandemic. He said that last year, his bank spent US$1.2B on oil and this year, it is poised to spend significantly less.

Antoine was also in agreement with Governor Byles that the focus of the region needs to be on increasing the energy mix. In this regard, he noted that only 10% of the Easterm Caribbean’s electricity is powered by renewable energy. The Central Bank head said, “I would love to see that triple over the next five to 10 years. That is important not just to lower our carbon footprint from the environmental perspective, but also in lowering our costs in doing business.”

Antoine said that the lowering of energy costs is a very important objective which all nations within the region need to strive towards. His colleagues reiterated their agreement on this matter

Nandlall wants security beefed up at location where March 2020 Elections SOPs, SORs will be stored; copies made available

Nandlall wants security beefed up at location where March 2020 Elections SOPs, SORs will...

Nandlall wants security beefed up at location where March 2020 Elections...