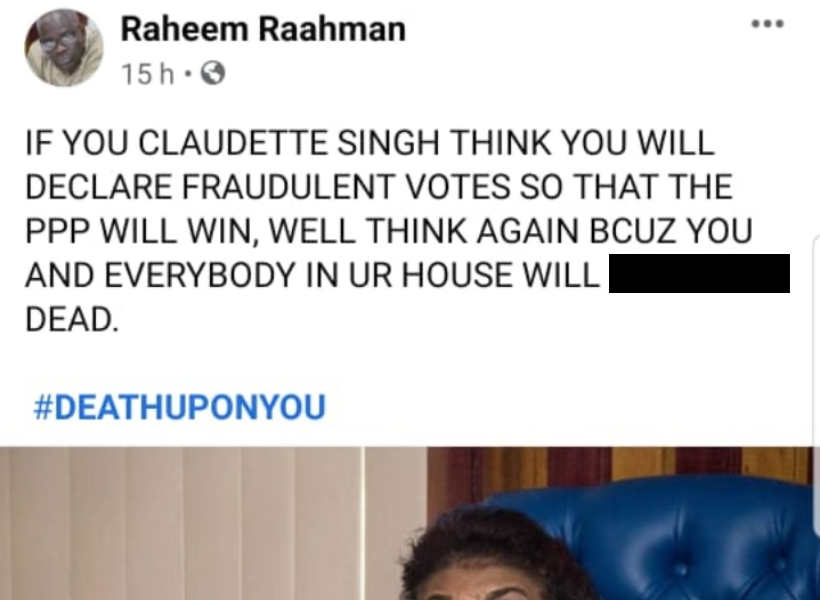 Investigators from the Guyana Police Force’s (GPF) Major Crimes Unit this morning arrested an individual, from Linden, Region 10, who threatened to kill Chairman of the Guyana Elections Commission, Claudette Singh.
The treat was made yesterday via a Facebook post under a fictitious name, “Raheem Raahman.” It reads, “If you Claudette Singh think you will declare fraudulent votes so that the PPP will win, well think again bcuz you and everybody in ur house will f*&king dead.”

Guyana Standard has been informed that after the threat was made, police ranks immediately started working on tracking down the individual(s) behind the account since it was a matter of national security. It took a few hours for the lawmen to make an arrest.
The suspect, according to senior police source, has confessed to issuing the threat. He allegedly claimed that he is a supporter of the governing party and is unhappy with the current situation.

The individual remains in custody and will be charged soon.