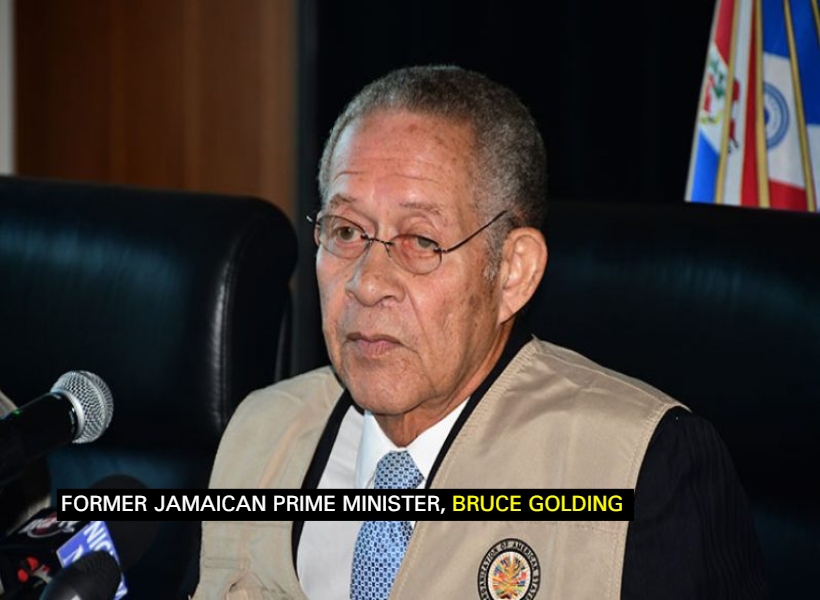 Head of the Organisation of American States (OAS) Elections Observer Mission (EOM) to Guyana, former Prime Minister (PM) of Jamaica, Bruce Golding is of the view that Guyana’s reputation is being tarnished by the actions of a “pernicious” few. He made this comment during a virtual meeting of the OAS Permanent Council today, in which the “political crisis” in Guyana was the sole purpose of the confab.

Golding, who led the OAS’s EOM during Guyana’s March General and Regional Elections, said that the damage being wreaked will leave a stain on the country for a long time.

“A litmus test of any democracy is peaceful and orderly transfer of power…Sadly, Guyana has failed that test [but] the people of Guyana are not to be blamed. They expressed their will in a commendably peaceful and orderly manner on March 2, but the pernicious actions of a few, have wreaked considerable damage to Guyana’s image and reputation,” he said.

He added that even if this impasse is smoothly and satisfactorily resolved, “it will perhaps take a generation and significant institutional reform for that damage to be fully repaired.

“The people of Guyana did not deserve this,” he told the council.

Golding said that Guyanese have displayed tremendous patience during this time. He reminded the council that four months after ballots were cast, no winner has been declared. He is of the view that the recount data must be used to make a declaration. This view was also expressed by the High Court yesterday, when the Chief Justice (CJ) Roxanne George endorsed the use of the data, and not the 10 declaration that were made previously.

“The people of Guyana have been patient for much longer than can be reasonably expected, while they await the results of a process that was by all account, welcomed on elections day. They should be commended for this. They deserve peaceful transition of government based on the majority of votes reflected in the recount and in support of democracy and the rule of law,” he stressed.

Golding said that elections are held to determine the will of the people, and once the people’s wishes are clearly stated, they must be upheld.