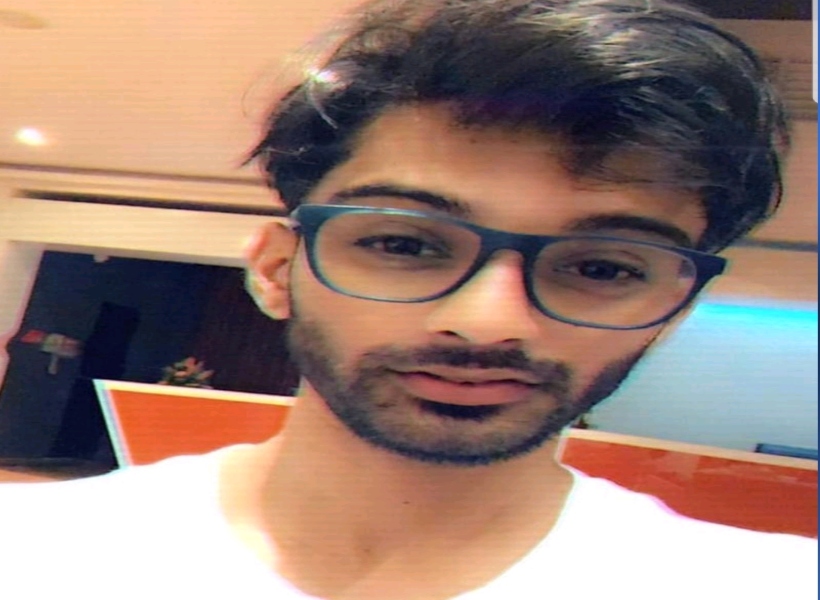 A real estate agent has filed a $90M lawsuit against Commissioner of Police, Leslie James and Attorney General, Basil Williams claiming that he was wrongfully arrested, assaulted/ battered and falsely imprisoned by ranks attached to the Guyana Police Force (GPF). Twenty-five-year-old Miguel Angel Dino is asking the court to award him $50M for damages committed on his person at the hands of the police, $30M for false imprisonment and $10M for aggravated damages, and any such or further order the court deems just.

In a Statement of Claim filed at the High Court in Demerara, Dino, through his lawyer, Nirvan Singh, has proffered several grounds in support of his claim. According to Dino, who resides at Lot 115 Thomas Street, Kitty, Georgetown, on January 15, 2019, he was on his way to conduct business. But whilst doing so, he received a call from his Landlord’s son who told him that two jeeps with police ranks were at his apartment. He was told that an officer by the name of ‘Adolphus’ from the Criminal Investigations Department (C.I.D.) tried to get into the apartment but was denied access.

On January, 16, 2019, Dino said he consulted with Leslie Sobers, an Attorney-at-Law, who called the C.I.D. Headquarters at Eve Leary and was informed that he was wanted for questioning in relation to a fraudulent cheque. Sobers accompanied Dino to CID Headquarters, Eve Leary, Georgetown and stayed with him for a while, waiting for an opportunity to meet with the investigating officers in relation to the accusation against him, but the said Attorney-at-Law subsequently left.

Dino was told by Police ranks that he had to remain at CID for questioning and later on in the evening, he met Police officers Komal Pitama, Detective Sergeant #19822 and Devon Lowe, who informed him that they were investigating the matter. The said officers requested that Dino give them $600,000 each to end the matter, if not they would charge him and he would have to go to Court.

According to Court documents seen by this publication, Dino professed his innocence in relation to any wrongdoings in relation to the transaction involving any fraudulent cheque. Whilst at CID Headquarters, he was placed into a holding cell. Members of his family soon brought $900,000 for him. He then asked Police officers present to speak to a superior officer and Inspector Prem Narine came to the cell and suggested that he lodge the money which he had in his possession, totalling $1,200,000 at the Police Station as restitution.

At 21:00 hrs on July 16,2019 the monies were lodged at CID as restitution. Later that night, at the CID, officers Pitama and Lowe returned and they told Dino that he had messed up and made the wrong move and that they would ensure that he goes to jail. Dino said that he was taken to the Diamond Police Station and was kept there until the following day until officers Pitama and Lowe took him back to CID Headquarters.

He alleges that while there, he was taken to a vacant room, where Pitama beat him with a wire, struck him with his fist, slapped him behind his head, then put a gun to his head and said: “I would shoot you if you don’t give the camera interview that I want you to give.” He said that the police ranks told him of a story involving two individuals called Joel and Michael.

Dino, according to the court documents, was then taken out of the room where he had been beaten and was placed on a bench at the CID where Pitama brought a pre-written statement to him and told him to sign. He refused, and was then escorted to the Sparendaam Police Station. There, he alleged that he was again assaulted by Pitama who kicked him about the body before placing him inside a cell. On Monday, January 21, 2019, he was taken back to CID Headquarters where he was placed into a holding cell again.

Dino claims that his arrest was unlawful and constituted a violation/breach of his constitutional protection of the right to personal liberty as enshrined in Section 139 (4) of the Constitution where it is outlined that a person should not be so detained for more than hours without being brought before a Court of Law. Further, the real estate agent tells the court that he was detained for some 132 hours by police of which 60 hours were procured by Pitama.

In his application, Dino submits that the police never applied to the High Court for an extension in relation his excessive detention and the commission by the police to do so is unlawful and in contravention to Section 139 (4) of the Constitution which provides for such applications to be made. He further submits that from the inception of his detention by Pitama, he was never told that he was under arrest, never told of the reasons for any purported arrest and was never charged with an offence by the Police.

“These omissions on the part of the Police were contrary to Section 139 (4) of the Constitution of the Co-operative Republic of Guyana, as well as common law principles relating to criminal arrest of a person and therefore, [his] detention was unlawful,” he argues. Dino’s lawyer alleges that his client spent an hour in the holding cell at the C.I.D. Headquarters, and he was refused a telephone call which he requested.

Sometime after, he added that he was shackled in hand and foot cuffs and he was placed into a
jeep and taken first to the Brickdam Police Station and then to the Georgetown Magistrates’ Courts on January 21, 2019, before Magistrate Sherdel Isaacs, where he pleaded not guilty to the following charges: (a) Demanding property upon a forged instrument; (b) Forgery; and (c) Uttering a forged document.

A bail application made on his behalf was denied by the Magistrate and he was remanded to the Lusignan Prison. Whilst incarcerated at the Lusignan Prisons, on January 31, 2019, at 11:00 a.m, a prison officer told him that he would again be taken to Georgetown Magistrates’ Court. However, he claims that Pitama took him back to C.I.D. Headquarters at Eve Leary instead of the Magistrates’ Court.

Again, he claims that Pitama brought a pre-written statement which contained a factual scenario that Inspector Prem Naine wanted the money which was lodged as restitution, for a bribe. But he pointed out that he refused to comply with Pitama’s directive to affix his signature to the statement. He further claims that he was once again subjected to abuse at the hands of Pitama who peeled some electrical wires and told him to face the wall and hit him about six times on his back, all the while telling him that he has to sign the said pre-written statement.

Pitama, he added, slapped him three times and hit him about his eyes, before pulling out a gun from his left side waist, ejected the magazine, and then threatened to kill him. But Dino insists that he refused to sign the statement. He was then transported in the presence of two other officers who took him to the Vigilance Police Station for no apparent reason and afterwards they took him to the Lusignan Prison.

Upon his arrival, the Prison Officers there saw marks of violence on his body and asked him what happened. He then gave them an oral account of his said ordeal. The next morning, on or around February 01, 2019, he was taken to the Medical Examiner at the Infirmary at Lusignan Prison, where he was inspected by a Nurse and Doctor who wrote records outlining his injuries to and he gave a statement to a Prison Officer, outlining what had happened to him. He was treated for his injuries and received medication.

As a result of all that transpired, Dino states that he was embarrassed and intimidated and suffered psychological and emotional trauma and indignity. The aforesaid charges against him ceased to be heard before Magistrate Isaacs, and was transferred to the courtroom of Magistrate Rhondel Weaver. On February 04, 2019, he was granted bail in the sum of $150,000.

On October 15, 2019, the said matter was conclusively settled and the Prosecution withdrew the charges outlined by instruction from the Director of Public Prosecutions (DPP). In light of the foregoing, he contends that he suffered great fear, pain damage, the distress of mind and indignity and was deprived of his liberty, and prays that the court grants the reliefs being sought by him.