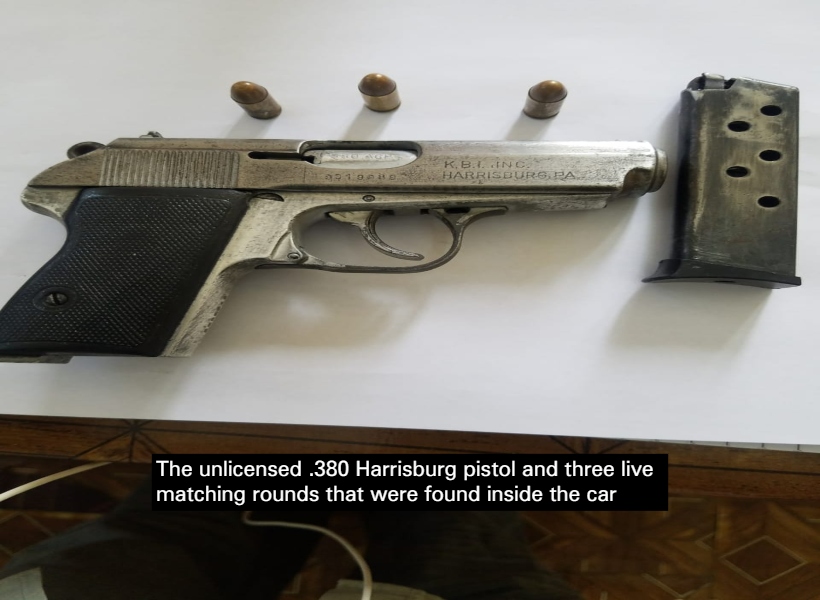 A 27 -year-old man of Victory Valley, Linden was arrested yesterday after he went to the Highway Base Patrol and reported that his car was hijacked. However, Police found out that on the same day, the vehicle was used in several robberies.
Guyana Standard understands that the alleged robbery under arms was committed on Andrew Thomas and another male at Craig, EBD.

According to information received, the car – a black fielder wagon which was suspected to be involved in the robbery was found abandoned at Friendship, EBD.

On Wednesday, the car’s registered owner reported that his vehicle was hijacked on August 4, 2020, by two males on the EBD; however, during an interview, his story did not add up.
As a result, he was arrested and questioned as it relates to a series of robberies. Yesterday, the car was searched in his presence, and an unlicensed silver with black rubber grip .380 Harrisburg pistol and three live matching rounds were found under the driver seat mat.

He was immediately cautioned and further questioned, where he admitted his involvement in relation to the robbery under arms committed on Thomas and others, which occurred on the same day.