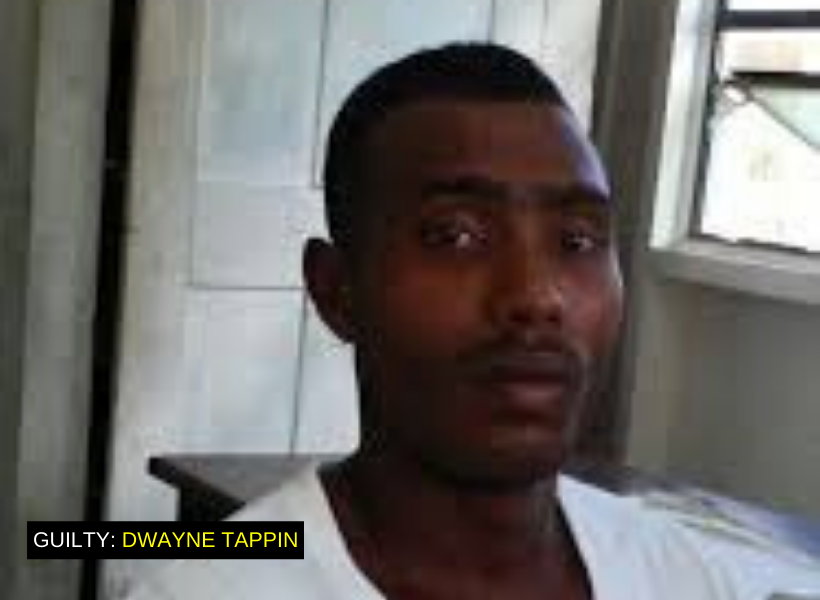 Dwayne Tappin, 29, who was found guilty of beheading his 51-year-old uncle, has now moved to the Court of Appeal, where he is challenging a life sentence with the possibility of parole after 40 years. The sentence was imposed by Justice Sandil Kissoon at the High Court in Demerara. On November 18, 2019, Tappin was found guilty by a 12-person jury and was later handed the custodial sentence.

When Tappin’s case was called via Zoom yesterday at the Court of Appeal, he informed the court that his family cannot afford to retain a lawyer, and as such, requested that a State-assigned lawyer be appointed to his case. Presiding judges, Chancellor of the Judiciary Yonette Cummings-Edwards and Justices of Appeal Dawn Gregory and Rishi Persaud, informed the convict that arrangements will be made to have a lawyer take up his case.
The matter comes up again on Wednesday, September 02, 2020, for reports.

It was previously reported that on the day in question, Tappin chopped off his uncle’s head with a cutlass during an argument. Seenauth’s head was found in a passageway between the living room and kitchen; the rest of his body was discovered on a mattress in the bedroom. During Tappin’s trial, a police detective had testified to taking a caution statement from him.

According to the police witness, in the caution statement, Tappin said: “Sir this is what happen. Me guh at me uncle at Lot 125 South Better Hope where me mother use to live, but me mother move out and I get a key for the house…Every time I go there, he [Seenauth] always attacking me when I go there…When I go there this morning, he attack me with a cutlass after I open the door with me key…I suspect he was drunk so I tek way the cutlass from he and fire three chops…I then throw way the cutlass in the cane field at the back of Better Hope.”