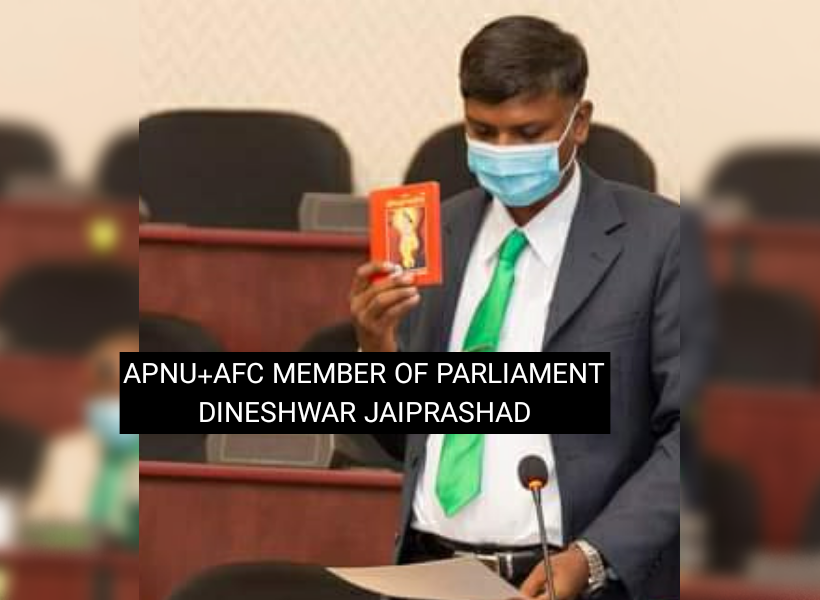 While the People’s Progressive Party/Civic (PPP/C) boasts of restoring democracy in Guyana, it failed to enable the hosting of eight Local Government Elections (LGEs) during its previous 23 years in office. This was according to A Partnership for National Unity + Alliance for Change (APNU+AFC) Member of Parliament (MP), Dineshwar Jaiprashad, moments ago as Day Two of the 2020 Budget debate continues at the Arthur Chung Conference Centre (ACCC).

During his debut presentation to the House, Jaiprashad said that this “restoration of democracy” that the PPP/C speaks of, is a fallacy. He reminded the House that it was the Coalition government that restored LGEs in Guyana after more than two decades.