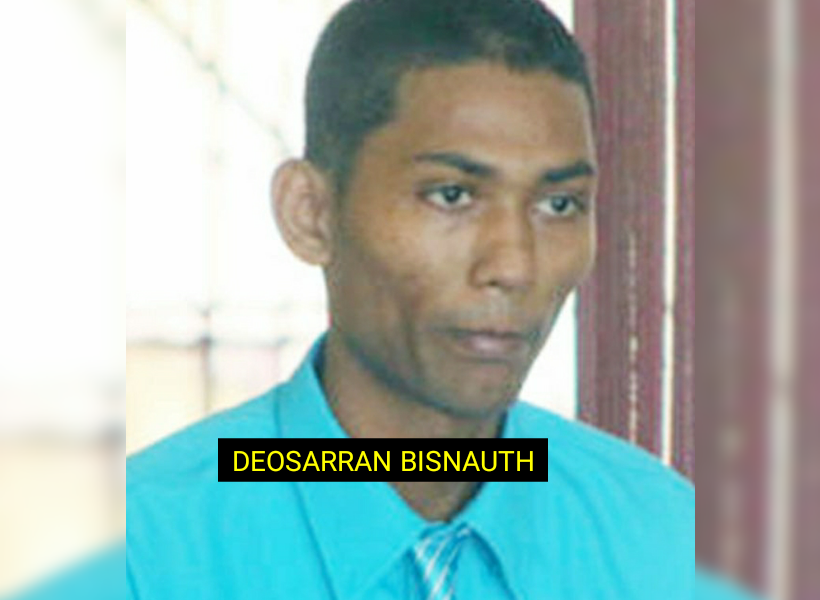 A twenty two-year-old man has moved to the Court of Appeal where he is seeking to have his conviction and life sentence for a murder which occured in 2017 set aside. Known by the alias “Strokes Mouth”, Deosaran Bisnauth was sentenced to life in prison back in 2017 for the unlawful killing of Robert Mangal which occurred on July 16, 2013.

In his grounds of appeal, Bisnauth is arguing that trial Judge Navindra Singh made a number of errors in law, which effectively renders his conviction unsafe, and as such, it should be set aside.

According to reports, onJuly 6, 2013, at Enmore, East Coast Demerara (ECD), Bisnauth and Mangal, called “Trevor” were imbibing alcohol at a shop when a fight broke out between them. During the trial, an eyewitness had said that he saw when Bisnauth hit Mangal thrice with a piece of wood which was almost four feet in length. Mangal would later fall face down, the witness added.

Bisnauth, on the other hand, had claimed that he acted in self-defense after Mangal charged him with a rum bottle. But State prosecutors had dismissed Bisnauth’s claim and maintained that he was, in fact, the aggressor. The prosecutor submitted that Bisnauth attacked Mangal, whose back was turned.

Government Pathologist Dr Nehaul Singh had given his cause of death as cerebral haemorrhage due to blunt perineal trauma to the head. Another doctor had testified that the injuries Mangal sustained were life-threatening. A total of 15 witnesses testified during this trial at the High Court in Demerara.

Bisnauth was initially indicted for Mangal’s murder by State prosecutors. However, the jury returned an 11-1 guilty verdict in favour of the lesser offense of manslaughter. At the time of the killing, Bisnauth was only 16.