Home News Pompeo does not dismiss presence in Guyana may have been to antagonize... 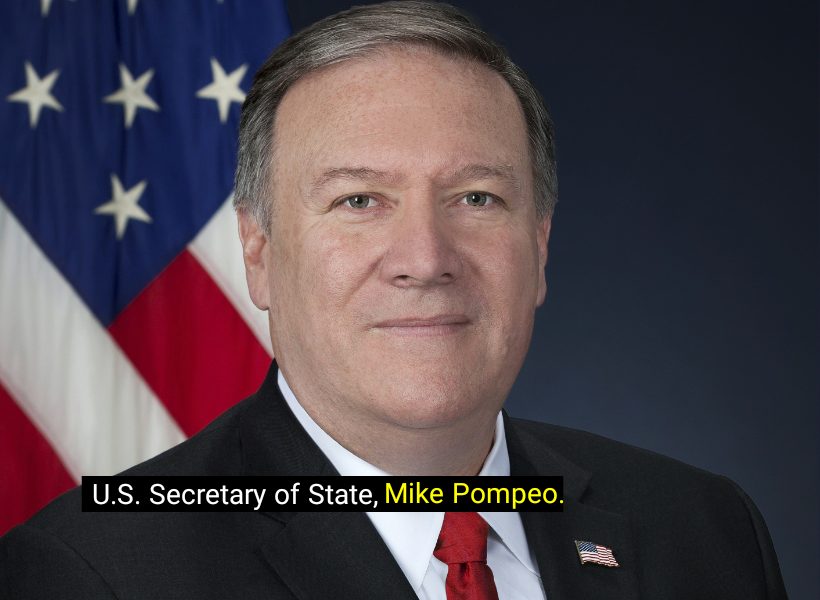 Even as he noted that the intention of his visit to Guyana was to congratulate the Irfaan Ali led administration, US Secretary of State Mike Pompeo, did not dismiss impressions that his presence may have been to antagonize Venezuela’s President, Nicolas Maduro.

During a press conference held at State House on Friday, Secretary Pompeo was asked by the media to respond to the said perception. Though he did not categorically deny or confirm same, the high-ranking U.S official said his presence here was to congratulate the Guyanese people on having the reins of office peacefully handed over to the People’s Progressive Party / Civic (PPP/C).

Pompeo said too that another purpose of his visit was to engage the Ali Government in discussions about all the opportunities there are for the United States to invest and help build out better lives for Guyanese. He said that this is a vision the US shares for Venezuela too.

The Secretary of State said, “…We want this for the people of Venezuela as well. We want them to have the very same chance to have a free, fair election, for the rule of law, for democracy, and for human rights in Venezuela.”

He added, “We watch people fleeing – fleeing into Guyana, fleeing into Colombia, fleeing into Peru, Ecuador, people having to flee from Maduro and his brutal regime. We very much want that to change. We want them to have the same opportunities that the people of Guyana have.” Pompeo noted that the Maduro regime has clearly decimated the Venezuelan economy while noting that he is an indicted narcotics trafficker. “That means he has to leave,” the official noted.

Pompeo said this is why he visited Guyana so that the new leadership understands that the United States is a friendly nation with good intentions for them. The Secretary of State also noted that an agreement was also discussed with Guyana on helping it enforce its sovereign rights. Pompeo noted that this security agreement will lay the foundation for discussions on the extent to which both nations can join their capacities and “reduce the risk from those who might want to invade Guyanese sovereignty…”

In this regard, Pompeo was referring to Maduro’s spurious claims over Guyana’s territorial waters following the discovery of oil in the Stabroek Block five years ago.

VENEZUELA AND THE USA
For more than a decade, the United States has imposed sanctions against Venezuela to combat terrorism-related activity as well as narcotics and human trafficking, corruption and human rights violations.
In response to the authoritarian leadership of Nicolás Maduro, the Trump Administration has significantly expanded sanctions. As of August 20, 2020, the Treasury Department has imposed sanctions on more than 150 Venezuelan or Venezuelan connected individuals, and the State Department has revoked the visas of more than 1,000 individuals and their families. The Trump Administration also has imposed sanctions on Venezuela’s state oil company (Petróleos de Venezuela, S.A., or PdVSA), government, and central bank.

Sanctions have increased economic pressure on the Maduro government, accelerating a decline in oil production. Nevertheless, Maduro remains in power a year and a half since the United States ceased to recognize his presidency. The Trump Administration has promised continued support to National Assembly President Juan Guaidó, whom the United States and 57 governments recognize as interim president of Venezuela.