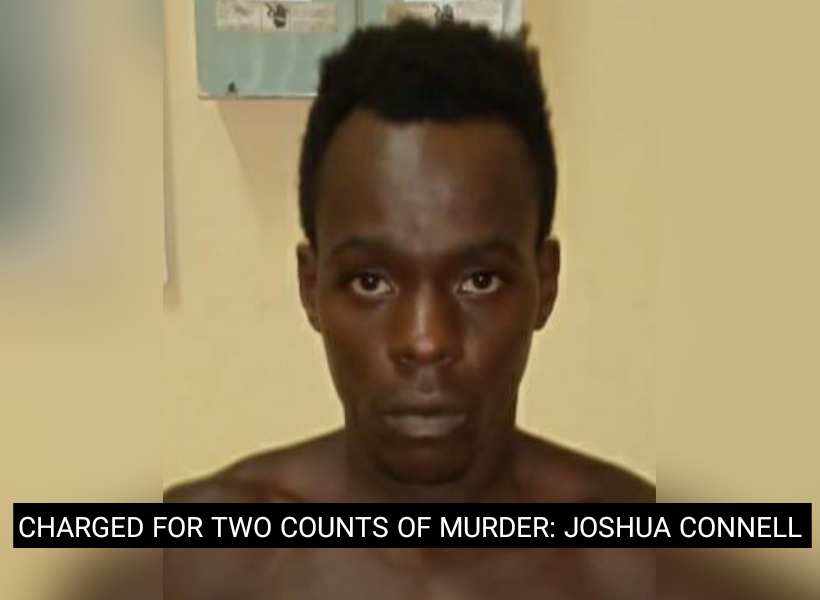 A 27-year-old Miner, Joshua Connell, of 152 South Vryhied’s Lust, East Coast Demerara, was today charged with two counts of Murder contrary to common law. He appeared at the Bartica Magistrate’s Court via zoom before Her Worship Christel Lambert, where the indictable charges were read to him. He was not required to plead and was remanded to prison.

Connell was pulled in for questioning at Bartica into the death of a Venezuelan National, Dimas Emilia Lezama Fermin. The police said that in his caution statement, Connell admitted to raping the woman at her camp, and in the process, strangled her with his hands. The suspect then threw Fermin’s body into a pit aback her camp.

It was during his interrogation, that Connell was asked about the death of Rosella Smith, another woman, whose body was found in a pit at Three Miles, Karrau Backdam earlier this year. He admitted via caution statement to having choked Smith and throwing her body in the pit after they had gotten into an argument over some raw gold that she allegedly stole from him.

Both cases have been postponed to December 17, 2020 for report.