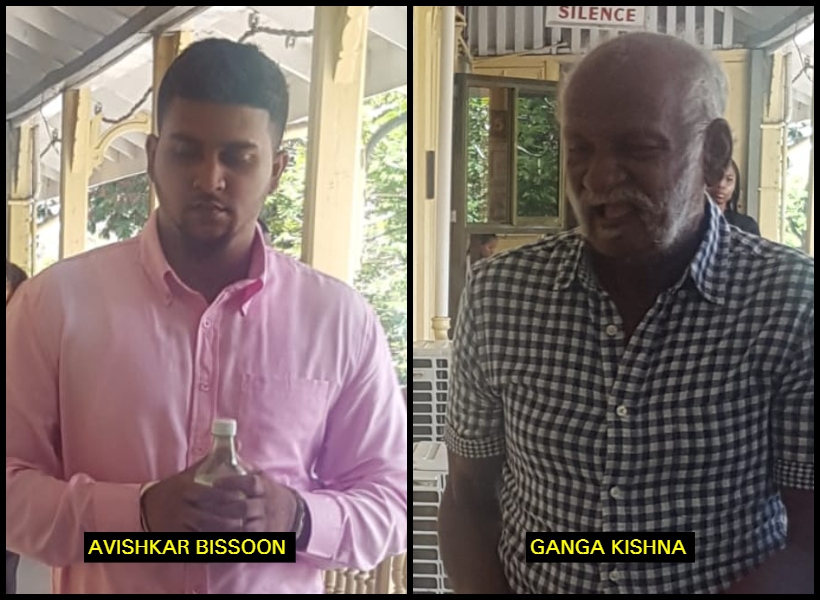 Ganga Krishna,75, and Avishkar Bissoon, 27, who were charged with the murders of an elderly man and his two teenage daughters, were freed this morning after a no-case submission was upheld by Trial Judge Brassington Reynolds.

Following the close of the Prosecution’s case, lawyers for the murder accused made no-case submissions, which were upheld by Justice Reynolds who noted that the evidence led by the Prosecution was insufficient to support the charges brought against Krishna and Bissoon.

In November 2014, 15-year-old Theresa Rozario and her 12-year-old sister Feresa Rozario were trapped in a fire that was set at their home at Robb Street, Georgetown. The two girls were burned to death. Their father, Randolph Thomas, 63, managed to escape from the blaze but later died having sustained second and third-degree burns.

It was reported that a drug addict reportedly confessed to the arson act , claiming that he was paid to set fire to the building which was under dispute. This trial was conducted at the High Court in Demerara.